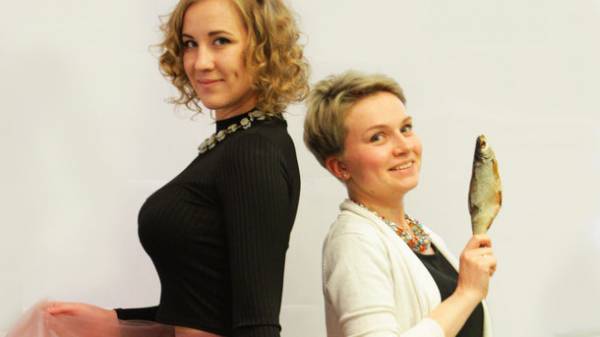 “Today” continues a pilot project called “Month” in which we check for ourselves whether it is possible to abandon the most familiar, at first glance, things. One month of our journalists declared taboo favorite food, painful habits gadgets. This time we decided to fight the sweet tooth, to get rid of mobile phone and change the pants to skirts.

NO SWEETS CRAVINGS AND RETURN YOUR IDEAL WEIGHT

When I again start eating sweets, it was as if I was after a very long journey back home. These 30 days, 720 hours, or 43,200 minutes without my beloved cakes, chocolate, ice cream, sweets and cakes were shaped mockery of the soul of a sweet tooth. But, it is disappointing to acknowledge, it’s possible. The argument that life without all this sweet magnificence is impossible, especially before bedtime, is now over.

So, to business. The first three days were given especially hard: a hand reaching for the shelf with candy, legs went to layouts, and at night I dreamt of chocolate. The mood was dirty, the light is not nice, and eating cookies colleagues irritated in the extreme. I saved the remnants of willpower and… apples. Never in my life have I so many of them did not eat. During the experiment, I ate probably 10 pounds. Apples, and green, solid and crisp, I replaced everything: I used to chew them every time I wanted sweet, and it helped. On the fourth day of the ordeal, with an Apple in his mouth, I found the first bonus of life without your favorite candies — it’s the realization that I almost don’t want to eat. Appetite, apparently because of the lack of sugar in the diet, and stimuli from the receptors of sensations has decreased three times.

This bonus, of course, not forced to wait long for the results — I got two: began to lose weight. The first “blown away” face, and then all the other parts, and notably. The result for the month, keeping the rest of a usual diet, but without sweets, I have lost 3.5 kg. And this despite the fact that I sometimes, in times of special weakness, eat a spoonful of honey and even twice accidentally drank coffee with sugar. In addition, of the amenities I saw clean skin!

But as for the cons, no matter how I tried, couldn’t find none, except a vile mood in the first days and lung disease in the collective moments of eating cakes or cupcakes for Easter.

As “capturing the outcomes” I can say only one thing: sweet best is either there or not there at all. After the experiment, I’m back “in” and eat not a bit less sweets than before. The weight came in about two and a half weeks, and then to condemn his “sugar” nature of torture, I don’t want, despite all the advantages. 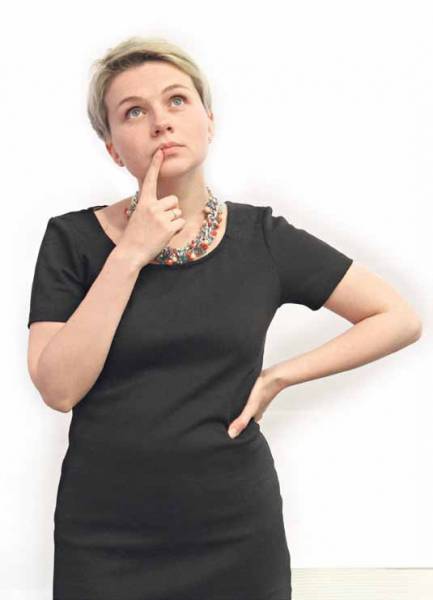 This time I got probably the most beautiful task to change comfortable pants for a light skirt and realize finally the dream of my grandmother, because “you’re a girl”.

QUESTION. As these initial data will turn from a caterpillar into a butterfly in a month?

SOLUTIONS. First, conduct an inventory of wardrobe. In trying to replace it with something pants I was surprised to realize how much I have a beautiful and forgotten things. Christmas dress skirt birthday mom, too narrow sundress — all of which I wore only once and marked as “not practical” was postponed to the far shelf. No, they are certainly very beautiful, but agree, on a rainy morning much nicer to get into a soft sweater than to pull the stomach in an attempt to fasten a beautiful dress. The experiment was forced to include the imagination and give these things a second life. And now I have some exciting new combinations of old things that I plan to wear and after the experiment.

Second, go shopping. Because when you have comfortable clothing, you can not buy that beautiful dress. Then, of course, another 25 times to remember and to imagine, where would you put it on. But don’t buy. Because why? And here I remember how I lamented grandmother: “Well, you’re a girl, you should bloom, well dress — it’s so beautiful!”. So without the usual pants of the reasons bloom was more like skirts in the wardrobe. Besides, you can’t go in a nice outfit with repositoy head — light makeup and hair styling became a habit. And, believe me, bore fruit. “You look very pretty today!”, “You are very beautiful”, “Well, just “wow”, “Can you meet?”. Be prepared for this placer compliments every day. And to the fact that everyone will think that you have a birthday too you smart.

CONCLUSION. Girls just need skirts and dresses. They certainly will not solve all problems, but will add coquetry in gait and kartinku in the eyes. 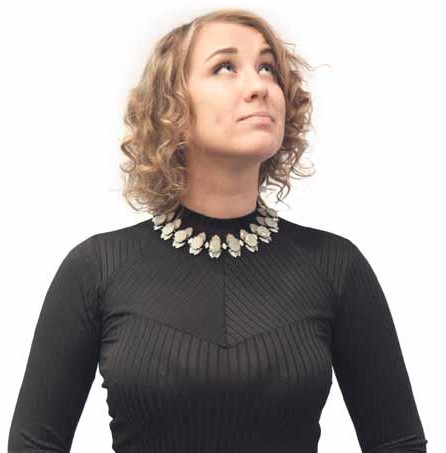 WITHOUT THE PHONE: SLEEP AND PUNCTUALITY

“What do you mean “no phone”? Where to call then? Are you okay at all?” — be ready for such questions when I declare to people that do not use a mobile phone. Indeed, in our time the lack of this gadget can be considered a Wake-up call: people or hiding from the security services, or in jail, or afraid of being bugged by aliens. In any case, the chances to convince someone that you deliberately refused the benefits of civilization, equal to zero.

In fact, the experiment showed that the biggest discomfort from the lack of phone felt not me and others. They were baffled by the idea that I’m not allowed to call when they want to. I, on the contrary — the lack of communication helped to get rid of unnecessary contacts in the phone book (which, by the way, was more than half) and to learn the most necessary rooms. In addition, I no longer Wake up in the morning, call me.

I won’t lie — without regard, it was hard. Especially the first week or outside the home. Because the house has a computer, and the computer — Internet as through Internet you can go to the social network and connect with people. But at the threshold of the apartment was chaos, because with the phone I lost and the mass of its useful features — clock, alarm, phonebook, calendar, flashlight. Without them, any trip to the city turns into a survival course in primitive conditions. But there are advantages. First, I learned it is better to count the time. Of late I could no longer afford because of lost opportunity to prevent or to drive to another location. Secondly, I became closer to contact with humans. Chat hour on the phone with a friend was not an option, instead I was assigned a personal meeting. Third, I started to spend less time on the Internet and social networks. It helped me to find new topics of conversation and to wean frantically checking your phone every 10 minutes.

Summarizing, we can say that mobile phone is certainly very easy life, but still is not vital. Time you can look at the wristwatch, the alarm on the computer, but the meetings be arranged in advance.