May 7 second round of presidential elections Emmanuel macron has received 65% votes of the French voters. His Pro-Russian rival marine Le Pen immediately conceded defeat. The website “Today” figured out who is him and what will be the new policy of France to the EU and Ukraine.

What will happen to the EU?

Macron in favor of rapprochement with Europe and proposes the establishment of a Parliament and a budget for the Eurozone. While his rivals in the elections raised the question of the revision of relations with the EU. After the election of Emmanuel macron said that he sees his task to protect the interests of France and the European Union.

“I will protect France. Her vital interests. Her image. Her message. Making a commitment to you. I will protect Europe is a community of destiny you have chosen for the peoples of our continent. At stake is our civilization, our way of life, our freedom, our values, our shared intentions and hopes,” said macron, in his speech on Sunday evening after the announcement of the winner of the election. According to the Director of the Institute of socio-political designing “Dialogue” Andriy Miselyuk, better known as an investment banker. In the EU he will pursue a pragmatic policy and try to change the bureaucratic structure of the Union.

“Macron is configured to raising Europe’s growth and overcoming of difficulties that have led to Brexit. Macron said that without the reforms can be Frexit, so it will require effective work of the EU”, – says the expert.

What can be expected

During the race the macron is rarely dealt with the topic of Ukraine. However, he openly stated that he does not support Putin and advocated the extension of sanctions against Russia to implement the Minsk agreements. During a debate with his rival for the presidency, he said that France will move closer to Moscow.

“Russia must fulfill its obligations in the issue of the conflict in Ukraine and war in Syria,” he said.

Ukrainian experts believe that the fundamental relations of Ukraine and France will not change. However, the fact that macron won in the elections – is good news, because its main competitor, Le Pen is configured to cooperate with Russia. Political analyst Volodymyr Voloshyn believes that the macron will continue to follow the policy of Germany towards Ukraine and Russia.

“If defeated Le Pen – it would be an unpredictable problem for us and for Europe. She could recognize the annexation of Crimea, but the macron with a high probability will continue the policy towards Russia and Ukraine that was before. Fundamental changes should be expected. And it is in our interest. In relation to Russia macron critical, but it would not go into a conflict with Moscow. Public opinion is a big request for reduction of sanctions against Russia, so the Makron will listen to this opinion. For us it is important that he has the attitude of Putin and the Crimea. It is configured for strengthening and maintaining the EU, which is beneficial for us,” says Voloshin.

However, the influence of Macron will depend on the composition of the new Parliament. The French 11 and June 18 will choose deputies of the National Assembly. Vladimir Voloshin predicts that neither right nor left, nor centrist will not be able to gain an absolute majority. Because of this, the Makron will have to find political allies.

“After Brexit and the triumph of trump was serious concern that Europe will come the populists and extreme right. Although France managed to resist all this, the threat remains,” adds the analyst. 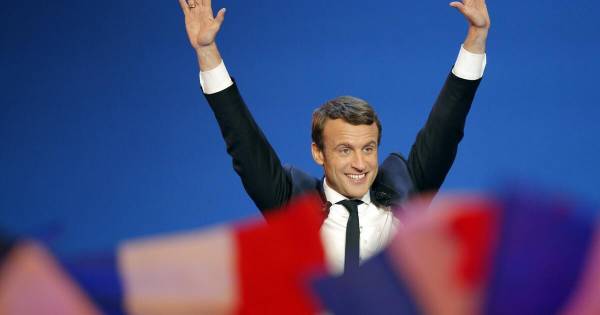 According to experts, the influence of Macron will depend on the composition of the new Parliament. Photo: gmx.at

Director, Institute of socio-political designing “Dialogue” Andriy Miselyuk believes that there is a clear position on Ukraine in Makrona there, but it will have to build. And what will be the line of France in Ukraine will be clear closer to the fall.

“The Makron will deistvovat specific and pragmatic than Oland. In Holanda was not his line on Ukraine, and he was aware of Merkel. Now Macron will have to build its line in this matter. He said that the EU had its own requirements. Macron will keep the country’s participation in the Normandy format and possibly France will not be so passive, as in Oland. However, the Makron will have to reckon with strong Pro-Russian position in France. It would be wrong to say that now the macron has a clear plan for Ukraine, the fall of Paris the position will be clearer”, – said the expert.

Note that Petro Poroshenko has already congratulated Him with the victory in the presidential elections and congratulated the leader of “Forward!” for the support of Ukraine: “Your position during the election campaign gives you the confidence that Your victory Ukraine gained as a reliable ally and in the Normandy format, and in its efforts to restore sovereignty and territorial integrity of Ukraine”, – stated in the text of the message of the President.

Congratulated with the victory of Macron and Prime Minister of Ukraine Volodymyr Groysman: “I Congratulate the Emmanuel Macron on his election as President of France. The people of France once again confirmed the dedication to the real values of democracy. I wish success to the newly elected President and hope that Ukraine will continue to have robust support from France,” wrote the Prime Minister on the page in Facebook.

Who is Emmanuel macron

Emmanuel macron at 39 years old became the youngest President of France. He grew up in a family of doctors. Macron studied philosophy at the University of Paris X-Nanterre and Institute of political studies. From 1991 to 2001 was the assistant of the French philosopher of Paul Ricoeur. He then entered the National school of administration. From 2004 to 2008 he worked in the Ministry of economy Rapporteur of the Commission economic growth of France. Worked briefly as an investment banker at Rothschild & Cie Banque, however, returned to work in the Ministry. Was an adviser to françois Hollande on Economics and Finance. In 2014 he headed the Ministry of economy and Finance. The main achievement of the Macron is considered the adoption of the law on the liberalization of some sectors of the economy. The “Macron law” has allowed the stores to operate on Sundays. In 2016, the politician created the centrist party of “Forward!”. 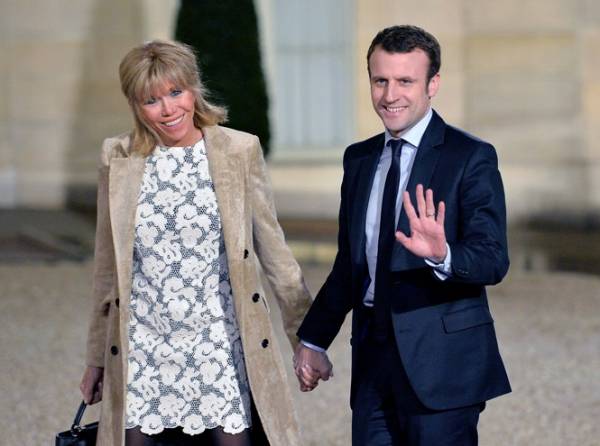 The wife of Macron Bridget is older than his 24 years. She is a former teacher Emmanuel, whom he had met in 15 years. Married couple of 10 years ago. Their children they do not, however, Bridget has three children from his first marriage – they are the same age Emmanuel.

Macron promised to bring France into the 21st century. In his program he proposes to reduce expenditures from the state budget and create jobs. He also advocated the reduction of taxes and simplification of migration for talented foreigners. The main priorities of France for the next five years the politician puts education, security, modernization of the economy and the country’s involvement in globalization processes. Macron offers to subsidize companies that hire workers from poor areas. However, he wants to tighten the issuance of unemployment benefits. Macron has also spoken against raising the retirement age.