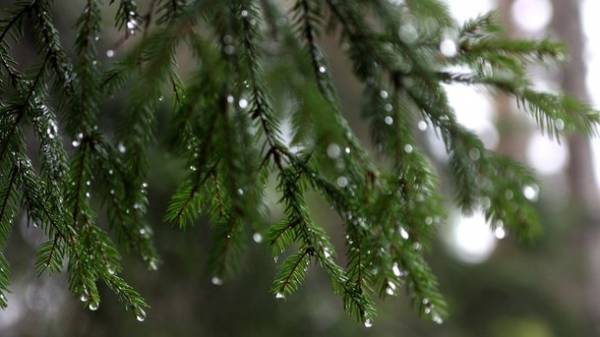 The smell after a rain like many. It is fresh, full-bodied, giving peace of mind. But not everything is so rosy. The smell after the rain, and it’s called petrichor, can kill a man, writes bagnet.org.

After a rain as air rises (in most cases harmless) bacteria that in very rare cases, there may be pathogens of serious diseases. Scientists could not understand how this process works, but finally figured it out.

A group of researchers published in the scientific journal Nature article, which explains how petrichor gets to our nose. First, I should say that the scent that we feel after a rain, produces no fresh air and grass, zolotas glimpses of rays between the clouds. This scent exudes an organic substance called geosmin. It is produced by various classes of microorganisms, including cyanobacteria, actinomycetes. It has been known until today, however, scientists could not understand how this substance is sprayed in the air due to the fall in ordinary rain drops.

“Using high-speed camera and the fluorescent dye, the researchers were able to record water drops falling on different soils, where the organic matter. The recorded footage is clearly visible, as the drops literally catapulting germs in the air.

When the drop falls on a surface with a certain velocity, it captures formed under her air bubbles, each of which has a diameter of no more than a human hair. After that, the air bubbles pass through the drop and eventually burst. In this process, the air rises a tiny trickle of water, and some of them may contain harmful bacteria that later spread through the air,” the article says.

Scientists have found that when you drop just one drop is the release of hundreds of tiny bubbles, each of which can contain thousands of living bacteria. Within these almost invisible bubbles, the bacteria can survive for only about one hour. But as soon as they are released into the air, they are picked up and carried by the wind. As noted by Callen Buoys, one of the researchers on this research project, the next challenge for scientists is figuring out how far these bacteria can spread in this way.

Organic matter itself is not particularly noteworthy and, as it turned out, poses no danger to the body. However, the reason why the Bui and her colleagues decided to do this study is that previous studies have shown a link between the spread of melioidosis and rainy seasons in the South-East Asia and Northern Australia. The disease is treatable, but without availability of appropriate antibiotics, the mortality rate among affected people can reach 90%.

This is not the first study in which scientists tried to relate the extent of melioidosis with precipitation, however, the new work complements our understanding of this problem. At the end of his article, scientists reported that we should not worry about this extremely rare disease. And almost everything we can without fear free, full Breasts to breathe and enjoy the pleasant smell after a rain.