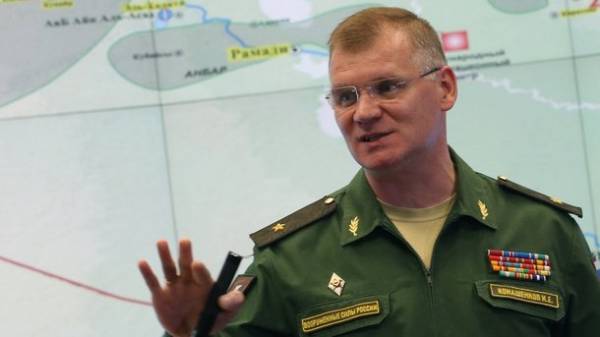 In Russia believe that the generals of the Pentagon, fixated on the cold war with Russia and do not understand real security threats. This was stated by the representative of the defense Ministry Igor Konashenkov, RIA Novosti reported.

He commented on the speech in the us Senate to the commander of the special operations forces of the U.S. Armed forces, General Raymond Thomas.

Thomas in his speech called Russia “one of the five major threats to the U.S.,” and noted that the aggressive actions of Moscow is of a permanent nature.

“The narrow-mindedness of some Pentagon generals on the stereotypes of the cold war, and a lack of understanding of real security threats should not be surprising,” — said Konashenkov.

He noted that “the speech of General Thomas it is easy to understand that the Pentagon demands on the military special operations forces and other”, than in Russia.

“That’s probably why they are trying to compensate for their hawkish anti-Russian rhetoric in the best traditions of the cold war”, — said Konashenkov.