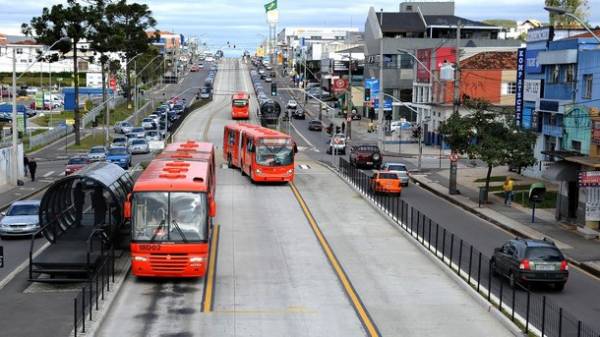 Tube bring about changes in the lives of Ukrainians. As well as Americans, Germans, Japanese and people from other countries, where a relatively developed transport infrastructure. The increasing availability of automobiles and the population of cities lead to the fact that the lion’s share of humanity literally lives the best years in automotive congestion. However, on the planet there are places where this problem almost managed to nullify. “Today”, armed with a map, remember the transportation revolution that took place around the world.

You can not ignore the experience of Curitiba, lurking in the South of Brazil. Despite the fact that here a thousand residents have 625 vehicles (three times more than in Kiev) and there is no subway in Curitiba will not “stand still” in the system traffic and its public transport runs like clockwork. The prerequisites for this came in 1971, when the prefect of the city appointed architect and urbanist Jaime Lerner. Born in a family of immigrants from Poland, he thrice held the post of mayor and was twice elected Governor of paraná. Its main priority — transport — has always remained the same.

The key idea Lerner the Trinity was a development of the land use, road network and mass public transport. So, in the master plan of Curitiba houses and places of work had to be concentrated solely along the highways. For high-rise buildings rules were even harsher to build them was allowed only within walking distance of public transport lines.

Simultaneously, on the main roads introduced the rule of “three parallel streets,” which still allows you to avoid massive traffic jams. For this major highways (city five) was divided into several strips dedicated to high-speed trolley and side for private cars. In addition, on a nearby road parallel to the main highway, established one-way traffic in the city centre and back. All this has allowed to use to control the movement precise mathematical algorithms.

Finally, an important role in the transportation miracle of Curitiba, played by public transport. The city and its suburbs are served only by buses (in Curitiba there is railway communication, but it is exclusively for freight transport and long haul). All buses in the city of about 2.5 million, and they are not divided in several types. Some work only in dedicated lanes, other, are only used to carry passengers to first, and the third one go only outside the city. Not the last role in the convenience of this mode of transport was the development of the original stops from the”pipes”, which have become a trademark of the city. Them high-speed trolleybuses can firmly “moor” ladder, and to pay the fare you have at the entrance to the stop. The final chord of the transport system of the Brazilian metropolis, you can call smarterminal for transfer of passengers from one route to another. People will not leave the system by paying a one time fare, you can ride all over town. 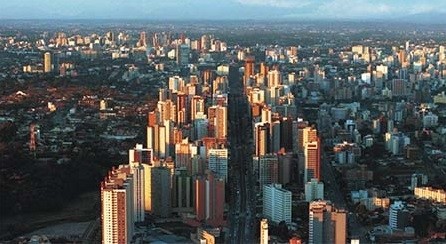 AIM LERNER: “THE PEDESTRIAN IS MORE IMPORTANT THAN THE BUS AND BICYCLE”

Surprisingly, but to the post of prefect of Curitiba Lerner has appointed a military junta that ruled Brazil in 1971. It is worth noting that, according to some Ukrainian historians and journalists, his family emigrated not from Lodz (Poland) and from Ukraine. However, this information itself is Lerner not confirmed. Over the years of its work, the architect has repeatedly received awards from the UN and UNESCO for professional skill and care for the environment. In addition, he was active in education, medicine and industrialization. However, many experts believe that it was he who introduced the hierarchy of the road. It the most important participant of traffic is pedestrians, followed by cyclists. The third position is public transport, the fourth — moving vehicles and, finally, completing the list of parked cars. Interestingly, when he ran for mayor of Curitiba for the third time (1988), Lerner filed just 12 days before the vote… and won. 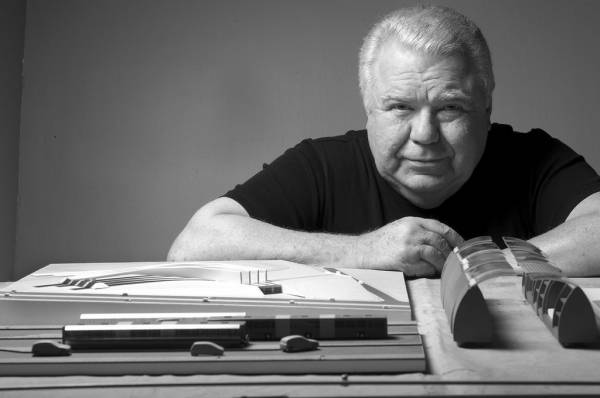 Architect. For the work received awards from the UN

COPENHAGEN: WE GOT ON OUR BIKES

A unique transport solution for the lack of funds in the city budget at the end of the 1960s found in Copenhagen (Denmark). While large European cities mercilessly rolled into the asphalt, the young Danish architects Jan Gehl and Soren Elle came to the conclusion that the focus in urban planning has to be done on humans.

“At that time we were dealing with large “cones”, which advocated for massive construction of freeways,” says Gail. Elle, in turn, said that then the question arose: to reshape Copenhagen to become similar to a typical American city, or to keep his “dotscot”. In the end, with the active participation of the press, managed to abandon the master plan of the city, where were laid many kilometers of motorway, to pay attention to bikes. “In addition, we were then lucky that Copenhagen was a poor city after the Second world war,” adds Elle. World oil crisis of 1973 finally turned the arrow of the compass in the direction of holocultural, and the city is practically free from cars. “We managed to create a culture of public spaces and infrastructure, while other cities gave priority to the culture,” notes Gail. Today the city has about 800 thousand bikes, and the people in it — a total of 569 thousand, This situation led to the fact that Copenhagen became the characters of Bicycle congestion. 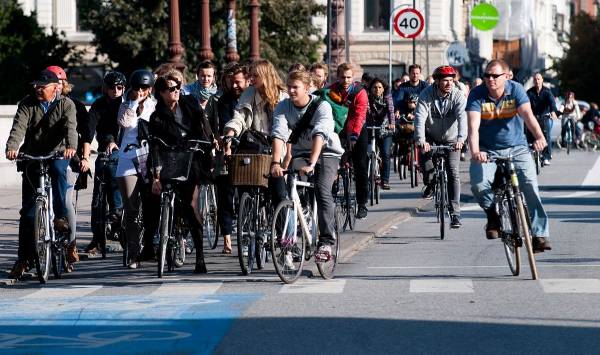 Veloster. Unique Copenhagen was the result of a failure to autoculture

Transport revolution in South Korea began on 15 August 1974 at 11:00, when opened the first subway line in Seoul. Initially the management of the capital subway was against, arguing its position that this building will undermine the country’s economy. But the rapid industrialization attracted in Seoul more and more people, and the metro decided to build. In the end, a little more than 40 years of the Seoul subway has grown to 9 lines and 429 stations, and the length of the first branch is more than 200 km! The number of transported people in the Metropolitan Seoul is in third place (2.6 billion people per year) and second only to Tokyo and Beijing. This is in contrast to Japan without official positions “Hosea” — the person who pushes passengers into the car. This was achieved with the flexible schedules of trains and infrastructure (Seoul three-tiered transitions between lines — the usual case). In addition, the Seoul metro is one of the most advanced in the world here for the first time began to use transparent displays for advertising, installed in all trains, Wi-Fi and mobile Internet, as well as screens with service information and news. 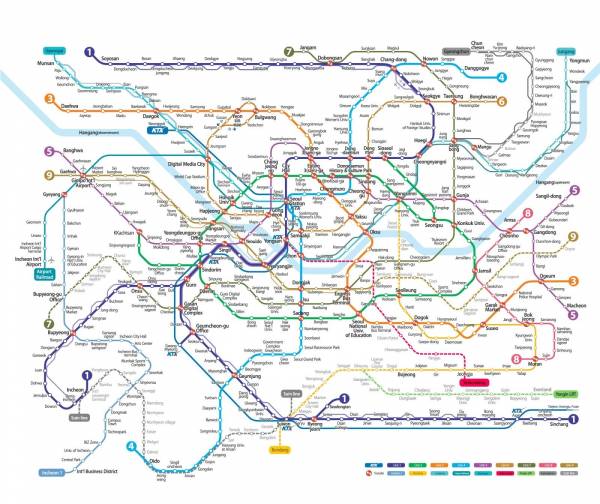 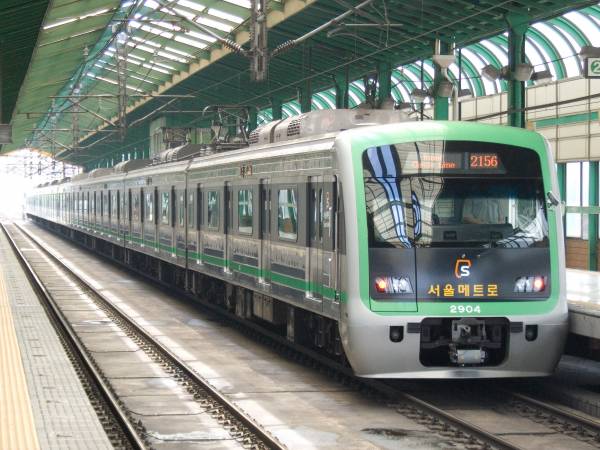 Way. During the day, the trains pass a half revolution around the Earth

MUNICH: THE COLOR FOR TEN SECONDS

When you first look at the public transport map of Munich (Germany) takes surprise — here, in contrast to Curitiba, there is a subway, buses, trams, urban trains, and all this interwoven in a very complex network. The infrastructure is so well established that several years ago the transport Department of the capital city of Bavaria has released an app for phones. It helps to understand when to stop will be suitable transport to the nearest 10 seconds! To achieve such a revolutionary precision managed by dividing the transport system into zones. There are four: white, green, yellow and red. Zone covered the center of the city, remote areas and suburbs. Not the last role was played by the introduction of a single ticket, which at purchase is indicated by its type (disposable, reusable), and price (depends on whether you ride on one area or across multiple). You can buy a ticket, which will go up to seven people for three days straight. 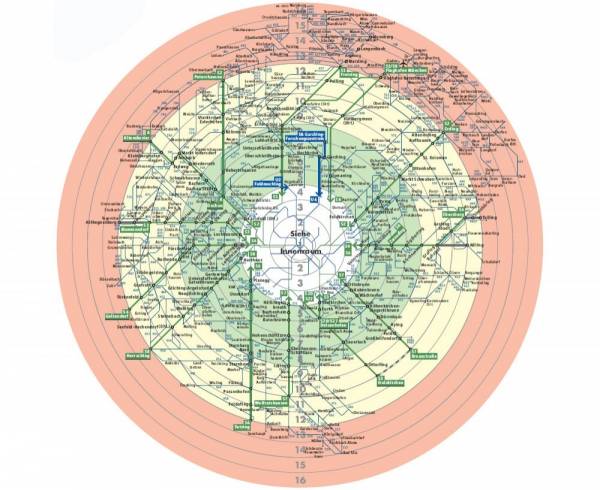 Zone Of Munich. The system is considered to be one of the best in Germany

The next major transportation revolution could easily engulf the whole world. It could be the launch Hyperloop vacuum train, the idea of which belongs to the futurist and the founder of the aerospace company SpaceX Elon musk. It is assumed that the Hyperloop train would cover the entire planet and can reach speeds of up to 1200 km/h! Not so long ago developers have published the video and photo footage Hyperloop-road in the Nevada desert, near Las Vegas. On the construction of this plot, called DevLoop, employs 150 engineers and technicians.

However, analysts of the Ukrainian Institute for the future has estimated that only one branch of this train from Kiev to Odessa will cost $3.6 billion in this way in one way will take 31 minutes. To the project has paid off in 30 years, the ticket should cost about UAH 4400, but just to cover operating costs — 518 UAH. 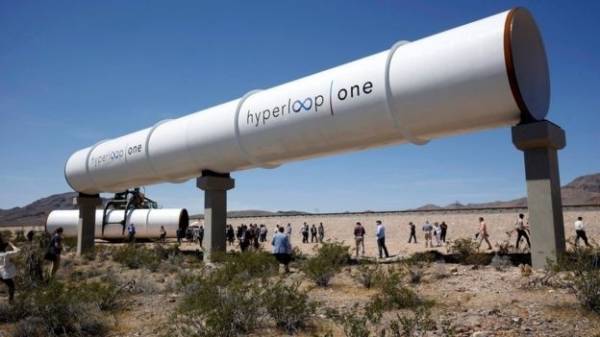 Train. By estimations of builders, the project will cost $68.4 billion 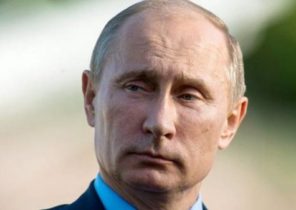