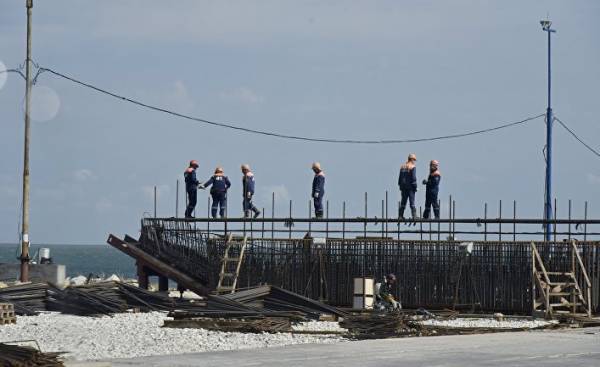 Strange, but today, apparently, we have to hope that Russia will soon overcome its considerable engineering difficulties in the construction of the notorious bridge connecting it with the annexed Crimea. It may be that an unstable seabed and weather conditions in the Kerch Strait will be too difficult obstacles for the construction and stability of such a bridge. In this case, it will be quite likely that the Kremlin might want to create another land-based transport corridor between the annexed territories, i.e. to pave the way between the Donbass and the Crimean Peninsula.

In this case, Kyiv is unlikely to help in resolving this issue, what could prompt Moscow to review military methods to achieve its goal. Given that to date the Ukrainian army has become quite efficient, this development will probably lead to a massive and protracted Russian-Ukrainian war along the Northern coast of the Azov sea.

This can lead to very significant consequences not only for Ukraine. Perhaps as a result of the war, and so weakened the national currency will further depreciate, which will lead to further impoverishment of the already extremely poor Ukrainian population. This and other consequences of full-scale war in Mariupol, Berdyansk, Melitopol, etc., can trigger a mass Ukrainian emigration to the EU via the green border of Ukraine with Poland, Slovakia, Hungary and Romania (or elsewhere). It may happen that hundreds of thousands of people decide to flee from a losing war and impending poverty. Such mass displacement in addition to the war itself can lead to the fact that the Ukrainian economy and, as a result, the Ukrainian state as a whole, may lose its functionality. Such a development could further escalate the crisis in the EU, the influx of refugees due to the millions of Ukrainians fleeing the growing chaos in their homeland.

By that time, however, the main problem for Brussels would no longer be refugees. Instead, the question of how this will progress with four nuclear power plants in Ukraine — in the first place, with the largest nuclear power plant in Europe, located in Zaporozhye, i.e. in proximity or even within the likely zone of hostilities.

On the one hand, the described scenario is pretty apocalyptic, and therefore seems unlikely. On the other hand, how likely is that:

(a) Russia will return Crimea to Ukraine;

(b) Ukraine and Russia can come to an agreement on land transport corridors from Russia to the Crimea;

(C) Moscow finally accept the current situation regarding annexed the Peninsula, with no land communication with Russia? 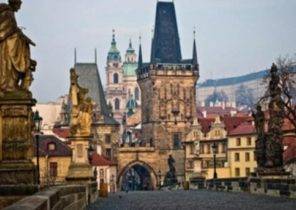 Rose: the ring for $ 13 sold at auction for 854 thousands of dollars