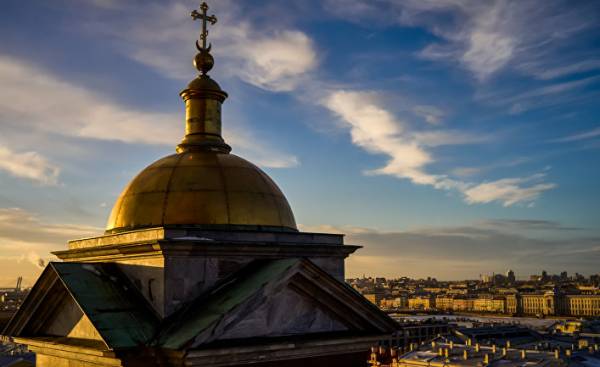 Those who are afraid of Russian expansionism, counting on three factors that can stop the madness of Vladimir Putin: the economic collapse, US pressure or problems with the Muslim population. However, against the background of these phenomena are slow and imperceptible processes of formation of national consciousness of individual Nations that see Russia as an invader.

The dismemberment of the Russian Federation is not a fantastic scenario. Talking about Russian scientists, written about him by journalists and bloggers, about it is spoken at home many Russians.

A Pro-Russian politician and expert on international Affairs Artashes Geghamyan warned a few years ago in its analytical work, under US pressure, Germany, Turkey and Japan from Russia may split off some regions. Vladimir Putin believes that the integrity of his country is under threat, even without external interventions. Dmitry Medvedev warned that ethnic conflicts can become deadly for the country, because they destroy the foundations of society everywhere, wherever they appeared: in the Caucasus, on the Volga, in Siberia or in Moscow. Russian journalist Boris Tumanov for many years says that Moscow’s policy does not guarantee public integrity. Sooner or later it will begin spontaneous decay, he says. Fog believes that the huge Russian territory will be the country evolved on economic grounds, such as Eastern Siberia, Western Siberia, the Urals, European Russia. “It does not matter whether they coexist in the form of a Confederation or as independent States, since only such fragmentation, relieving Russia from the deadening grip “vertical of power”, can give an impulse to the natural appearance of the actual Russian civil society and to open the way to as natural of modernization of the Russian economy”, — he wrote.

Professor Andrzej Nowak (Andrzej Nowak) speaks about the growing tensions bluntly. “Russia has a racism,” he said in an interview with Gazeta Polska. “12% of the population of modern Russia are Muslims, their share continues to grow. This gives rise to clashes, especially in big cities such as Moscow. Clashes of football fans or dismantling of criminal gangs occur frequently on racial grounds,” he adds. Ethnic Russians often call Muslims “black”. “”Blacks” from the Caucasus “black” from Central Asia called the fierce enemies that must be disposed of,” stresses Novak.

In conversation with our newspaper, he notes that this position has not received official status, and the Kremlin is trying to reduce tensions. “The issue has become so serious that it was included in the military doctrine of the Russian Federation and have received a priority,” recalls the Professor. Vladimir Putin has long called own people “Russians”, i.e. citizens of Russia, and not “Russian”. However, this national identity does not look too appealing and is associated with poverty and social apathy. The binder of the Empire must be the ideology that may divide people belonging to different religions and cultures. Meanwhile, contrary to the Polish right-wing circles to view in the Kremlin is not listening to the concept of Eurasianism Alexander Dugin.

“Dugin’s ideas have not lost popularity, he still has many fans among Russians and representatives of power structures — explain the philosopher and the researcher of Russian thought Paul model guaranteed (Paweł Rojek). — However, the ruling elites do not take his plans seriously. First, geopolitics counted on the support of Putin, but then was disappointed in him, so that his contacts with the Kremlin weakened. The government does not consider him a visionary, and he does not consider himself an ideologue of the authorities.”

The idea of Eurasianism was to unite the peoples from Eastern Europe to Kamchatka on the basis of the General tradition of the steppe tribes who do not belong to Europe nor to Asia and oppose Western moral decay. Dugin identifies them with the Behemoth that land embodies power, and opposes the Leviathan — a sea of civilization (Europe and USA). But if you don’t “Russians” and not Dugin, what, then, will be able to fill the spiritual vacuum in Russian?

“Alexei Navalny is a Russian nationalist who appeals to the idea of revival of the people”, — says Pavel model guaranteed. Navalny is the most popular Russian blogger and founder of the Fund of struggle against corruption. He seeks to revive Russia, however he’s not on the road, neither with Putin nor with the democratic opposition. The model guaranteed indicates that the West is again misreading the Russian specificity, considering the opposition forces in Russia is extremely liberal and democratic. Meanwhile, there are currents that exceed the radical of modern policy. “The Kremlin compares Navalny to Hitler, using demagogic techniques, however, the policy calls for the revival of the Russian people, in fact, directed against representatives of other ethnic groups,” says the model guaranteed. Navalny has already declared desire to take part in the presidential elections of 2018, and while their outcome will determine the special services, the opposition can play a role in the radicalization of the already racist attitudes in society.

Non-Russians will say “enough is enough”

Let me remind you that to secede from Russia wanted Chechnya. 30 August 1990 and proclaimed the independence of Tatarstan, lying between the Volga and the Urals. It happened before such dreams came from the Ukrainians, though, it would seem that the claims of the Tatar sovereignty was not as strong as the peoples of the former Commonwealth. The leader of the Tatar separatism was made by Mintimer Shaimiev, who became President of the country and refused in 1992 to sign the Federal Treaty. With the help of pressure and promises to give autonomy to the Kremlin managed to keep the Republic, however, centripetal tendencies there continue to increase. Every year in Kazan the Day of memory of the Tatar people, on which right-wing organization I think of how in 1552 the city was captured by Ivan the terrible. The nationalists of the Republic of Tatarstan has called on the US and NATO to protect the future independence of their country, what caused fear in Moscow. The current President of the Republic Rustam Minnikhanov continues the policy Shaimiev, although the strong influence of Moscow forced the separatists to lay low.

About their national identity claims Bashkiria. October 11, 1990, the Bashkirs, too, declared independence. They had to abandon it, but this day remained the “Republic day”. The President of Bashkortostan Rustem Khamitov few years ago criticized the right of the Kremlin to annul the election results. In 2007 a group of Islamic radicals in Dagestan proclaimed the Caucasian Emirate, and soon the capital of the Republic Makhachkala became the city where most terrorist attacks in the world.

The processes of formation of national consciousness in Russia has slowed, but not stopped. What seems the Russians a political Thriller, tomorrow can become a reality. Now not everyone can imagine the independence of Tatarstan, Dagestan and Bashkiria, but 30 years ago the most prominent analysts of the White house did not imagine the Belarusian state. Belarusians looked like some kind of Russian, but in the winter of 1991, Stanislav Shushkevich have agreed with Boris Yeltsin and Leonid Kravchuk on the dissolution of the Soviet Union. But the inhabitants of the Russian regions there are much more reasons for separatist sentiments than the people of Lukashenka.

The myth of Russian stability

From the time of Peter the Great, the Kremlin tells the tale of the West that Russia holds in the framework of the recalcitrant peoples of Eurasia. The colonization of the Caucasus, Central Asia or Eastern Europe was, from the Russian point of view, salvation for the world stability, living there since the nation got a guardian and mediator. Leaders of the civilized world did not notice that Russia itself fueled and frozen conflicts. The borders of the post-Soviet republics are still laid out so that their territory did not match any historic areas or a division along ethnic and religious lines. Thus, individual Nations continue to quarrel among themselves, while under the yoke of Moscow, which uses the clash of local interests in their goals: promote the idea of independence for Nagorno-Karabakh, Transnistrian supports pseudo-state, paralyzing Moldova, Ukraine severs or cuts the territory of the North Caucasus so that the highlanders have never failed to tie between the cooperation.

Washington also believed that will prevent conflicts will allow the preservation of the Soviet Union (in democratic form). Time has shown the opposite: the world has come to a place where Russia has lost its influence. A great example is Eastern Europe: Baltic countries, Ukraine or Moldavia functioned peacefully until the Kremlin begins to use the Russian minority, shut the gas valves, or pressure in the area of foreign policy. There is no reason to believe that an independent Chechnya, Tatarstan or Dagestan will become a threat to world peace. Young, perhaps still insufficiently developed in the public plan, peoples do not need Russian Knut and Western institutions, guarantees of security and freedom. And the world needs the nation-state, including Russian, and not the ancient Empire led by a modern Nero. 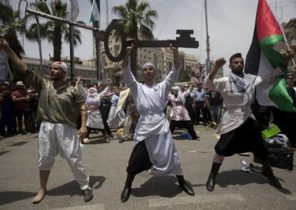 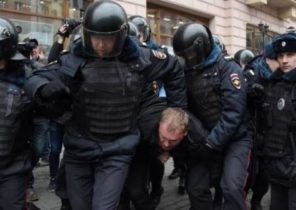 The protests in Moscow, police detained more than 40 people