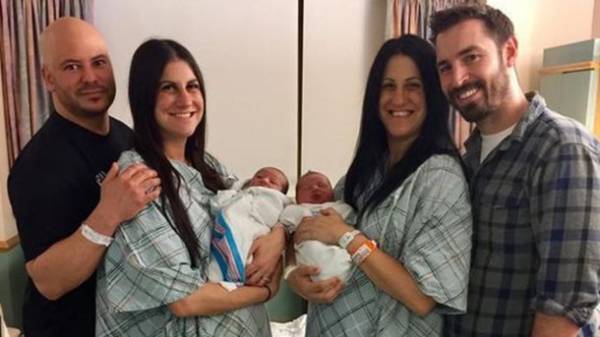 In the US, two twin sisters gave birth to sons on the same day in the neighbouring wards of the same hospital.

Childbirth is a 32-year-old twins Daniel Grant and Kim Abraham passed with a difference of four hours, according to App.com.

According to both women, the same time as their pregnancy was a pure coincidence.

Now the sisters are planning to raise their sons named Roman and Aaron as brothers, arrange joint celebrations on the occasion of birthdays and dress them in identical clothes.

Earlier it was reported that in the USA 20-year-old girls for the third consecutive twins were born.