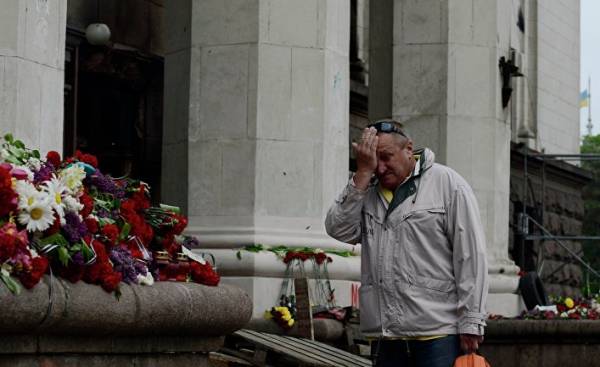 It was the worst Nazi massacre since the Second world war. And what of the media? And where were all the left?

Is it possible that the Nazi bandits in a large European city killed 50 people and was not punished? One year after the massacre in Odessa, it was clear that the answer is YES. Possible!

And the European Commission, and the United States “has demanded to investigate the” massacre, but no investigation followed. The then head of the diplomatic service of the EU, Catherine Ashton (Catherine Ashton) said:

“What actually led to the tragic loss of such a great number of human lives, should be clarified by an independent investigation. Responsible for this crime must be brought before the court.”

The Council of Europe created a Committee to investigate the Odessa massacre on may 2, 2014. Led the Committee, the Chairman of the European court of human rights Nicolas Bratza.

During this massacre killed 48 people and several hundreds were wounded. The Committee’s report was scathing. It contains “irrefutable evidence” that the police in Odessa were “complicit in the tragic events.”

Leading media doing everything I can to make this massacre was forgotten. But they will not succeed. This crime will not be forgotten. Until then, until after the trial, and the guilty are brought to court, it will remain an open wound in Europe.