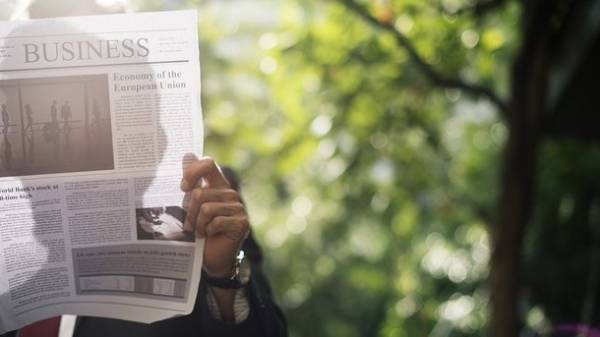 25 times over the past day the militants of illegal armed groups fired at positions of the Ukrainian Armed forces, injuring one soldier, said the press center of staff ATO.

Regarding 69 persons illegally crossing the state border together with Mikheil Saakashvili, protocols on administrative violations, reported the State border service. 14 participants, mainly representatives of the media, returned to the checkpoint, where he signed the relevant protocols. Two people have been arrested by the courts.

86% of Ukrainians now believe that the government cannot defeat corruption (in 2013 it was 80%) – these data were provided by the Executive Director of Transparency International Ukraine Yaroslav Yurchyshyn. 38% of Ukrainians are directly faced with corruption, that is, they have demanded a bribe or they were forced to give a bribe.

Increased by 85.5% of own budget revenues of the consolidated territorial communities (GRT) in January-August compared with the same period last year – up to UAH 5.5 billion. About this on his page in Facebook wrote to the Prime Minister Volodymyr Groysman.

52 project of science and technology of the Cabinet of Ministers has included in the state order for 2017-2018. The projects were selected by the competitive Commission of the Ministry of education. Development will be carried out in the following sectors: information and communication technologies; energy and energy efficiency; efficient nature management; life Sciences, new technologies of prevention and treatment of common diseases; new substances and materials.

50 million euros of financial assistance from the European Union in the first half of 2018 expects the Cabinet of Ministers on the establishment of energy efficiency Fund, said Deputy Prime Minister-Minister of regional development, construction, housing and utilities Gennady Zubko.

At the level of 12.5% the Board of the National Bank decided to keep interest rates. It is not excluded that to curb inflation, it will increase.

$12.7 million today sold the national Bank in the currency auction to banks. The regulator had planned to sell up to $100 million, the banks wanted to buy $17 million the Maximum rate at which the NBU sold foreign currency to banks – 26,165 UAH, the minimum 26,09 UAH.

8.5 points out of 10 respondents rated vliyanie large-scale corruption on sderzhivanie the arrival in the country of investment. On the second place in importance to the lack of confidence in the judicial system (7.5 points). This is evidenced by the results of a survey conducted by the investment company “dragon Capital” and the European business Association. The survey was conducted in late August – early September. It was attended by 77 of the respondents, including portfolio and direct investors who already have investments in Ukraine or plan to invest in the country.

UAH 29.8 billion made up of tax revenues from major businesses in August, exceeding the same period of the previous year by UAH 5.7 billion, or 23.7%. The share of tax payments of large businesses serviced by the Office of large taxpayers of the SFS, 58% of the total taxes paid to the state budget in Ukraine, the Office serves 2.8 thousand business entities.

The $2 billion from the IMF and 600 million euros from the European Commission expects the national Bank to the end of this year, said Deputy head of the NBU Oleg Churiy.

6.9 million tons of coking coal imported plants of Ukraine in January-August, which is 13% lower than the same period in 2016, announced in the Union “Ukrmetallurgprom”. The flow of Ukrainian coal production was 2.5 million tonnes, a decrease of 38% compared to the same period of 2016. In turn, the Ukrainian coke in January-August and supplied the metal making companies 5.7 million tons of coke, which is 22% less. Import of coke has decreased by 30%, to 520 thousand tons.

6 billion guarantee Fund of individuals ‘ deposits in the entire history of its existence, has sold assets of liquidated banks, said the Deputy managing Director of the Fund, Svetlana Recruit. According to her, currently in the management of the Fund 93 Bank, whose assets at the book value amount to 500 billion, while the estimated cost – total of 100 billion UAH. The Foundation for today 93% leveraged by the Ministry of Finance and the National Bank, and these debts must be repaid.

From 35% to 15% can decrease the tax burden on business in the United States as a result of tax reform, which wants to hold President Donald trump. He said that against the background of damage from strike the USA hurricane “Irma” and “Harvey” the implementation of tax reforms the country needs more than ever.

200 thousand people were evacuated in Eastern China in connection with the approaching Typhoon “Talim”. According to meteorologists, it will intensify to super Typhoon and reaches a speed up to 180-200 km per hour. Due to Typhoon “Irma” in the Americas and the Caribbean, killed at least 50 people.

To $3772 fell on bitcoin trading after sharp statements of the head of JPMorgan Chase James diamond, who called the cryptocurrency “fraud” (in the beginning of September the exchange rate was close to $5000). The second most popular cryptocurrency, ether (Ethereum) – this tumbled 11% to $260.

On 149 individuals and 38 legal sanctions which the Council extended the European Union against the Russian Federation before March 15, 2018. The measures include the seizure of assets and ban on entry into EU countries.