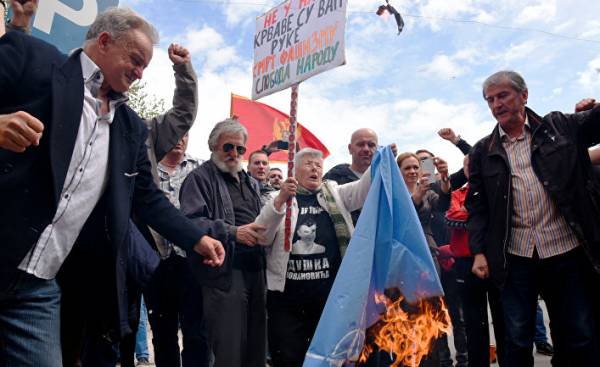 After successfully expanding its sphere of influence in the Balkans in recent years, Russia has suffered a serious setback. Montenegro, which has only 650 thousand inhabitants, adopted a decision on joining NATO, despite Russian efforts — one of its historic allies to preserve neutrality. A new country joins the Alliance, which is less than 20 years ago, bombed its territory during the war in Kosovo. Thus, in Montenegro, where still alive the memory of the last war in Europe broke decisively with the past.

For the membership, which will be issued at the end of may, on Friday was endorsed by 46 of the 81 members of Parliament, most of whom belong to the ruling party. The main part of the opposition, who spoke for a referendum, tried to boycott the vote and organized a protest at the doors of Parliament with the support of the primarily Pro-Russian and Pro-Serbian parties.

The demonstrators burned the flags of NATO and called the Alliance “a terrorist organization”, which attacked their country.

The military contribution of Montenegro in NATO is small — two thousand soldiers, not much better armed than the police average Spanish city. But, if you pick up a map, we will see that made a stroke of genius. Under the control of NATO gets all the Adriatic coast from Slovenia to Greece, which is very important for security in the Mediterranean and in southern Europe. In addition, the Alliance will be able to use the country’s main port of Kotor, which had long dreamed of Russia by virtue of its location in terms of control of Maritime traffic.

As expected, Russia has expressed its regret with the decision. Official representative of the Russian foreign Ministry Maria Zakharov said that it is a “faux membership”, which complicates the military-political situation in Europe. “It was made without taking into account the views of citizens”, noted with regret it. Some believe that the Russian government headed by Vladimir Putin tried to influence the political course of Montenegro (the area of 13 thousand square kilometers) not only words.

In November last year, the Prosecutor Milivoj Catnic (Milvoje Katnic) stated that due to the arrest of two dozen people he managed to prevent the attempted coup, involving the assassination of Prime Minister Milo Dukanovic. The Prosecutor stated that all planned two Russian nationalist, although that does not mean that Moscow was behind these events. This statement, regardless of its veracity, but rather evidence of instability in the country.

Tim Judah, (Tim Judah) argues that the solution to Montenegro due to the need to protect themselves from external intervention, in this case with Serbia, not Russia. One of the most respected political observer at the Balkan issues said on the phone that a large number of those who oppose entry into NATO, are Serbian nationalists, who in 2006 opposed the independence. “They don’t want to happen the same that Ukraine has with Russia. Now Serbia is not a threat to them, but who knows what will happen in 10 years,” adds Jude.

Anyway, Russia will not completely collapse its relations with Montenegro. Russian citizens do not need visas to enter this country, they are in large numbers spend the summer vacation, owns significant real estate. Lasers Borja (Borja Lasheras), head of the Madrid office of the European Council on foreign relations, believes that Russia seeks to deepen the decline of Europe and to exacerbate the contradictions created by the war, but if the leaders of the Balkan countries decide to unite with the West, this plan will undergo changes. “Russia will continue to maintain close ties with the ruling circles of these countries, including Montenegro, and to try to influence Europe from the inside like a Trojan horse,” — said in conclusion, Lasers. 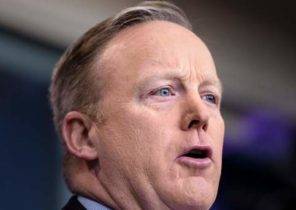 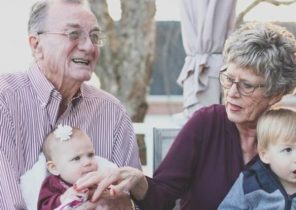