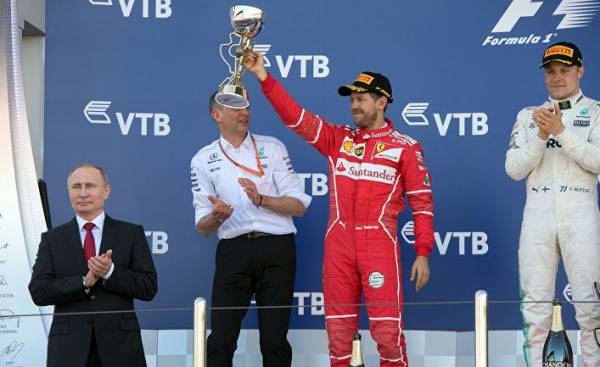 Russian President Vladimir Putin, handing the Bottom Cup of the winner proudly told Finnish riders before the ceremony, because of the Grand Prix in Sochi, all local hotels were full.

Probably this situation is actually observed in luxury hotels, located not far from the road, but in my shelter in four kilometers from the scene of the race there were quite a few guests. This was confirmed by my friend the owner of the hotel in Sochi: according to him, a large coastal hotel in a racing weekend, there were only 20 people who were mostly ordinary tourists.

Putin’s desire to exaggerate the scale you can understand. Grand Prix “Formula 1” for the Russian leaders is a very important sport event, especially after the most expensive Olympics project in the world. It draws in the tourists who use the railway, built for the Winter Olympics 2014, more than eight million euros, of which the local are neglected because of the high cost of travel.

Russian Deputy Prime Minister Dmitry Kozak, who also came at the Grand Prix in Sochi, told the media that tickets for “the Formula-1” was completely sold out. It’s hard to say, judging by the main grandstand, where occasionally gaping empty space. During the launch also was a lot of empty seats. They, of course, television is not shown.

Political leaders of Russia want to create a Grand Prix image is a very popular event. The truth is significantly different from reality. According to my Portuguese colleague who covers the race “Formula 1” for 30 years, the Grand Prix in Russia can hardly be compared, for example, with a similar event in Mexico, where-in the training of pilots “Formulas” 28 APR easily attracted 60-70 thousand fans and enthusiasts.

The reasons for such low popularity of the Grand Prix in Russia quite a lot. Coastal Sochi is, in the opinion of many, far from important cities. Although tickets to the Grand Prix in Russia, by international standards, “Formula 1”, sold at a fairly low price, but for Russians it is still too high. And finally, most importantly: sometimes you meet a Russian who would apply to “Formula 1” with so great enthusiasm to donate for a ticket his salary of a few weeks or even months.

The best racer of Russia, the pilot Toro Rosso Daniel Quat agrees that hockey and football use in Russia is much more popular than auto racing.

Probably the best of all the contradictory attitude of Russians to the races “Formula 1” illustrates my meeting with Anna in a local bus. A young Russian girl came back from viewing the race on Saturday evening. I asked her impressions.

“Formula-1″ have absolutely no interest. I bought a ticket to attend this concert my favorite band in the Olympic Park after the end of the race.” 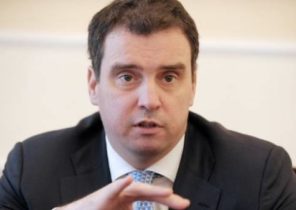