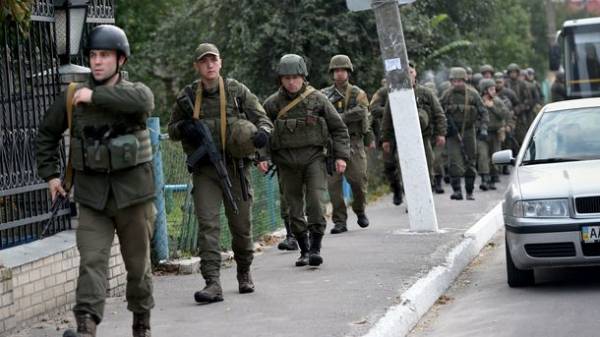 “In Kalinovka we have no proof that was unmanned, but we have all the facts about the likely emphasize until this version, the founding of the detonator, which led to the explosions,” – said Lutsenko.

As reported, on 26 September at about 22:00 in military warehouses of the village Kalinovka of Vinnytsia region there was a fire. Out of the city was evacuated more than 30 thousand inhabitants. Affected about 2 thousand houses, 16 houses were damaged beyond repair.

Emergency qualified as sabotage. The consequence fulfils four versions of what happened.

The Deputy Minister on the issues of the temporarily occupied territories Yury Grymchak considers that the events with explosions in Kalinovka and other arsenals in Ukraine similar to sabotage.

That in a military warehouse there was a diversion says redsedatelj of the Verkhovna Rada of Ukraine Andriy paruby.

The Cabinet decided to allocate for liquidation of consequences of explosions near Vinnitsa UAH 100 million.