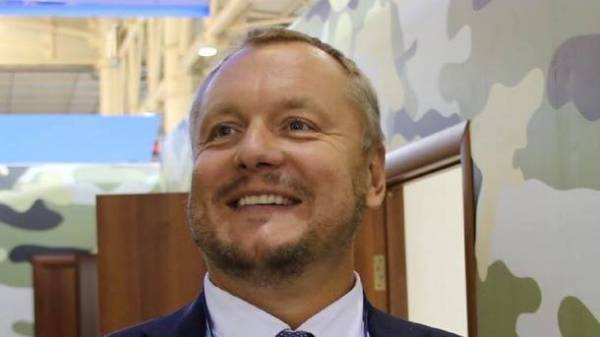 The President of Ukraine Petro Poroshenko signed today a decree on termination of the citizenship of Ukraine people’s Deputy of Ukraine Andrey Artemenko because of the latter’s canadian citizenship. About this on his page in Facebook wrote the leader of Radical party Oleg Lyashko.

“This is a unique and the first in 26 years of independence when a state official responsible for the violation of the Constitution of Ukraine, which provides only one – Ukrainian! – citizenship”, – said in a statement.

Lyashko recalled that the Ukrainian Constitution prohibits the deprivation of citizenship, but stop no. “So Artemenko, who himself admitted and confirmed it on interrogation in office of public Prosecutor of Crimea on getting them canadian citizenship under the current law has lost its Ukrainian nationality”, – said the MP.

In addition, the radical has announced plans to require that the Parliament at the first plenary meeting, on 16 may ahead of schedule stopped powers as a Deputy Artemenko. “According to my information, today at 6:30 in the morning Artemenko flew to Vienna, Austria. I hope he will be back and will pass a Ukrainian passport, which he traded on foreign” – said Lyashko.

February 20 edition of the New York Times reported that the MP from the Radical party Andrei Artemenko transferred to the White house “normalization of relations” between Ukraine and Russia to cancel sanctions. “Plan” provides for the withdrawal of all Russian troops from Eastern Ukraine; Ukrainian voters, in accordance with the idea Artemenko, should decide on the transfer of Crimea is leased by Russia for 50 or 100 years.