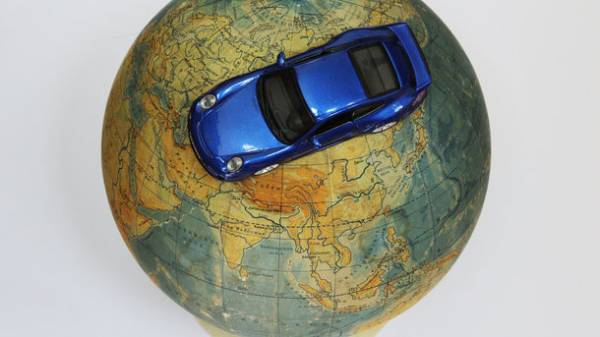 Nearing the holiday season, which means it’s time to see the world. But one thing to consider foreign country from the window of a tour bus, and quite another to navigate through it while driving your own (or rented) car: ignorance of other people’s traffic laws does not protect against penalties. We decided to look for something we must be prepared Ukrainians gathered to measure the wheels of foreign roads, what surprises are waiting for you behind the wheel, and in which the amount of the fine will cost behavior, which in our country is considered acceptable.

About the nuances in the laws and rules governing behavior on the roads in different countries, we were told the lawyer Natalia Zozulya, and the tourist and blogger Alexei Gavrilyuk, sjezdovky abroad far and wide, shared with us their experiences.

EQUIPMENT: WHAT SHOULD BE A

In addition to the usual first aid kit, warning triangle and fire extinguisher, going to Europe, the driver needs to take a vest with reflectors and spare bulbs driving lights. In addition, individual countries have their own requirements to complete. And although not always require all of the above, it is easier to equip your car to the maximum to avoid being fined for stuff. “For example, in France the car must carry a certified breathalyser, and in Spain drivers who wear glasses must have a spare” — results examples of expert Nataliya Zozulya. In the winter time it is necessary not only to have winter tyres, but also antifreeze in the spray and a shovel for snow.

Also remember that overseas law enforcement officers unfavorably to the tinted glasses. At least the front glass should not be tinted. Yes, and so beloved by the people of the radar, according to Natalia Zozulya, in the EU countries is banned.

It is important that cars travel abroad was serviceable: there are issues of road safety are much stricter. “In Germany and Austria, the police monitors the state of rubber coating: the protector in the tire may not be less than 1.6 mm, the tires in trailers may not be older than six years,” says Nataliya Zozulya. In fact, a defective car you are in the EU and will not get: for the entry to Poland can deploy because of this “nonsense”, as broken bulb size. 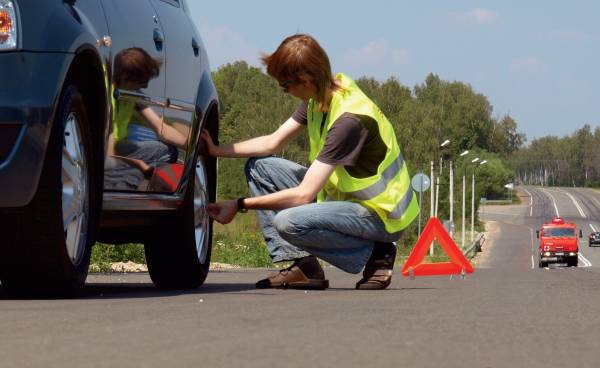 Tilt wheel and vest — sure

RULES OF THE ROAD: SIMILARITIES AND DIFFERENCES

“By and large, the difference in the traffic rules followed in Ukraine and European countries is low: most countries have acceded to the Vienna Convention on road traffic adopted in 1968 — says Natalia Zozulya. — There is also supplementary Convention on road signs and signals, because of the big differences between our symbols and signs on the roads, you also will not notice the” (except in the US, there are textual characters, read about them below. — Ed.).

Therefore, for independent travel driving abroad to relearn is not necessary. But still it is better to get acquainted with the local nuances of traffic on your route. For example, in Denmark to overtake, as we have a violation there, according to Natalia Zozulya, when overtaking you need to flash the headlights. Also remember: when in Ukraine, many drivers accustomed to using the fog lamps, as the verse will fall on the soul (even if the fog did not), then in Germany for their use not to destination can run into a fine. THE USUAL: PARKING AND MOTORCYCLES

Remember the time when for wrong Parking, the traffic police had tied accommodation with the car? So: in Greece, this rule is still in effect, so watch out for signs of Parking. But if, driving through the streets of your hometown, you want to say something, the rider scrambling up between you and standing in the next lane machine, know this: he acts according to the rules. Not Ukrainian, and California.

It tells Alexei Gavrilyuk, in this state, motorcyclists are allowed to ride between lanes. Generally in the U.S., each state has its own differences in the Rules of the road: be sure to read them when planning a trip, so as not to be trapped. Rules. In the US the motorcyclist has the right to ride between the rows

In the United States on the roads is a feature that our drivers will be unusual road signs they have text. As explained Gavrilyuk, if in America at a particular location prohibited right turn, there is austere writing: No Turn Right, instead of our crossed hands. This, of course, there is nothing difficult, but the habit the first time can be a little “slow down”: keep this in mind to not rush your turn.

And now a rhetorical question: have you ever thought about the fact that most of the vehicles occupying so little space on the road, carrying just one person? Very irrationally! So: it tells Alexei Gavrilyuk, in many States allocate special lanes which can only move cars carrying a few people. The minimum number people who must be in the car, indicated on the sign before entering the lane — often their number starts with two people. 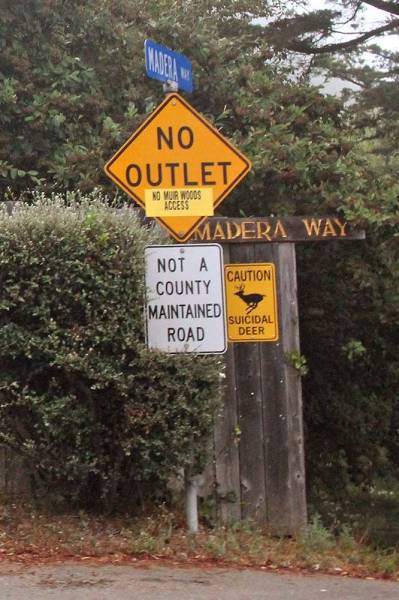 What you need to get abroad (and preferably permanently) — so it’s habit to exceed the speed limit. Also, do not add on to the specified on the signs the restrictions are still 20 “punishable” kilometers per hour taken from us. In the EU, according to Alexei Gavrilyuk, as a rule, be exceeded by not more than 5 km/h, some 10 km/h And the control of the high-speed mode of movement in Europe is much tougher than ours. “Speed within the village — an average of 50 km/h, outside the city — 90 highway — 120 km/h. Review the modes of a particular country” — advises Natalia Zozulya.

Unusual: some of the roads may be a minimum driving speed, for example, you can’t go slower than 80 km/h And there are countries where you install the different speeds on the highways for dry and rainy weather — for example,
130 km/ 110 km/h. That to the driver will be abroad in the novelty is the presence of toll roads. In some countries you pay for the ” use ” of their ways: for example, when driving in Austria, you must purchase a so-called “vignette” — a stamp-sticker on the glass (in its absence you may be charged 250 euros).

“In Hungary, paid travel time on the highway. Pay, get a receipt-a receipt, and the time that paid — for example, week — to ride safely,” says Alexei Gavrilyuk. But there are countries where fees were charged by the mile: “In Croatia there is a system of barriers. When you enter a toll highway, you “read”, and when you move out with him, at the gate they charge you a fee depending on how many miles you traveled” — gives the example of Alexei Gavrilyuk.

The fare is different, but usually does not exceed 1 Euro per 10 km.
However, not all countries are cashing in on drivers. For example, the excellent German road — free. And in the US, according to Gavrilyuk, it’s easy to make a route to bypass the toll motorways. 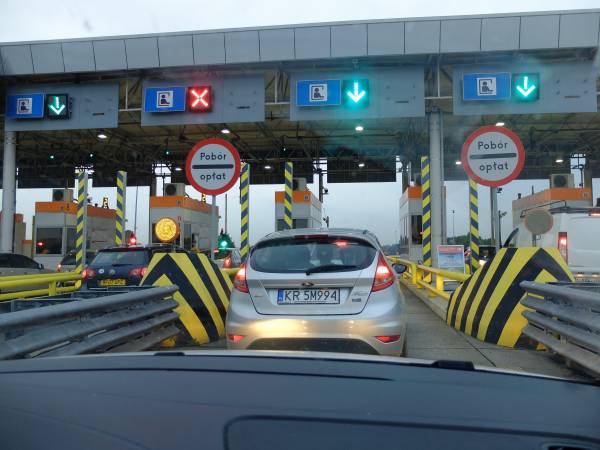 The gate count of the path

THE FINES FROM € 50 TO TENS OF THOUSANDS

In most European countries the police do not stand on the sidelines and not hiding in the bushes. But everywhere there are security cameras installed and they work: the information from the cameras together with the number of the offending car, quickly gets into a police database.

But there are exceptions. It tells Gavrilyuk, police posts are still standing on the roads of Romania, and in Cyprus you can see to tears — familiar sight of the police “ambush” with radar. “In Hungary, too, are the posts, but they catch those who did not pay tolls on the highway. Reading rooms, and immediately in the database to check the payment. If there is no payment, the next post you will be stopped and fined”, — says Alexei Gavrilyuk.

In the US, the use of security cameras is not as comprehensive as in Europe. For example, the camera are automatically registered speeding with the further delivery of summonses to the house, in parts of the state even prohibited by law, although some States are actively used.

For violation of the rules in Europe will have to pay dearly. For such a trifle as the unfastened seat belt, you at best will have to part with 30 euros, and in some countries — 100 euros. Fun too drive fast can do € 100 and a thousand.

In the USA the price paid for speeding, according to Gavrilyuk, starting with the amount of $ 200. But you can run and the penalty in $10 thousand — for example, for rubbish dumping on the roadside, sin drivers in Ukraine.

Very high fines for driving in a drunken state. For example, in Germany they start from 500 euros, in France it is possible to get poorer and 4,5 thousand Euro (if it was not an accident), and in the UK to fork out more than € 7,000. Well, in the United States for the first time and got nothing done the drunk driver can get off with just $300.

In distant countries the rules are much more interesting. So, in sultry Thailand, where it’s tempting to get rid of excess clothing, is strictly prohibited to motorcycle, Bicycle, moped and a car with a naked torso. “If you’re a woman driver, don’t go to Saudi Arabia — warns Natalia Zozulya. — Even here on the roads of Patriarchy reigns: almost all pistes women are forbidden to drive. Moreover, this rule applies to riding a Bicycle. To steer the woman can only be on local roads.” 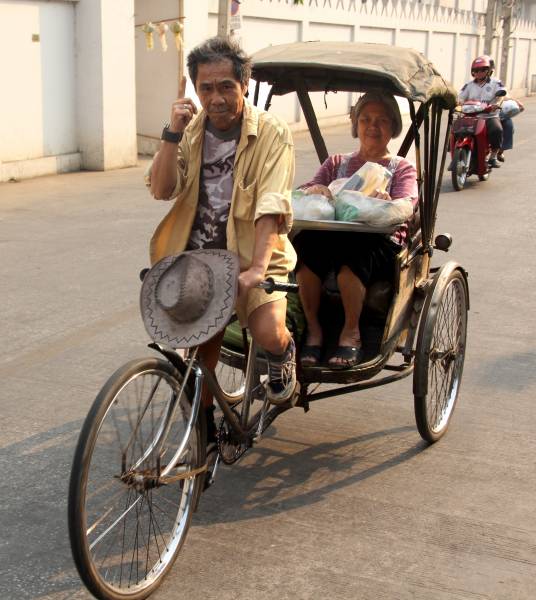 THE DRIVE “AGAINST THE GRAIN”

And there are countries where the movement is organized, from our point of view, on the contrary — on the left lane. In Europe, it’s Britain, Ireland and Malta, but around the world such places are many — especially there, where once flew the British flag.

According to Gavrilyuk, experienced driver learns to drive on the left just a half hour of active movement. But in the early days of caution — before you really understand, someone who misses at intersections and the like. 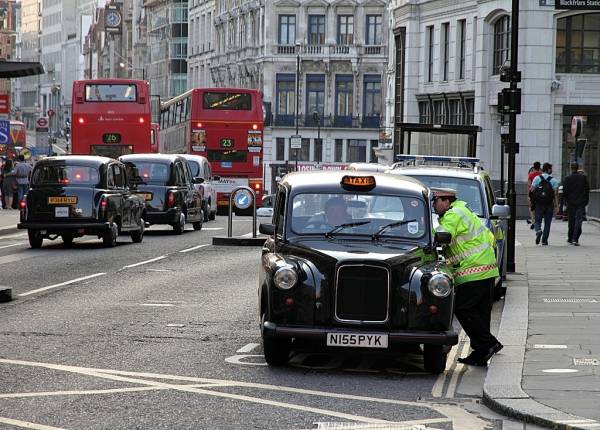 In England the movement “on the contrary”

TO DRINK OR NOT TO DRINK

Most developed countries are more liberal in the issues of drink driving. Home Ukrainian driver can run into serious trouble if the amount of alcohol in his blood exceeds 0.2 ppm. In most EU countries, USA, Canada, Singapore, Turkey, the allowable rate is 0.5 — 0.8 ppm: so shall an adult after drinking a bottle of beer. But there are countries even in Europe, where this norm is even stricter than ours — down to 0 ppm! So, “legally” swallowing the beer in Austria (0.5 ppm), in the neighboring Hungary (0 ppm) is better not to meddle.

And there are countries (e.g. Croatia), where you can drive a car with 0.5 ppm in the blood. But if you break traffic rules or get into an accident — the rate will be 0 ppm. There are a number of countries and a limitation: the “liberal” rule applies only to drivers over a certain age (usually 21 years) and with experience (for example, more than two years). If you’re young or inexperienced, your norm — 0-0,2 ppm. In short, pitfalls enough. So overseas drivers to install “dry law”.