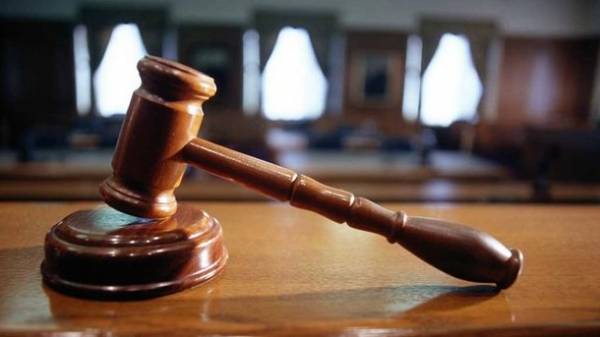 The Pechersky district court of Kiev chose a measure of restraint in the form of detention with alternative collateral in the amount of UAH 5 million to the former Deputy head of the State tax administration in Poltava region, Alexander Lukin.

At the meeting on Thursday evening, the court granted the petition of the Main military Prosecutor’s office, however, appointed the sum of pledge for 1 million less than requested the investigation.

The period of detention Lukin installed before July 22.

The investigation evaluates his activities caused damage to the state for the sum over 300 million UAH.

As reported, on may 24, the chief military Prosecutor of Ukraine Anatoly Matios, jointly with the Minister of internal Affairs Arsen Avakov at a briefing in Kiev said about the conduct of the security forces large-scale anti-corruption operation. In particular, more than 1 thousand 700 police officers and about 500 military prosecutors conducted 454 search in 15 regions of Ukraine, with a simultaneous arrest of several individuals. the result was arrested 23 ex-official.