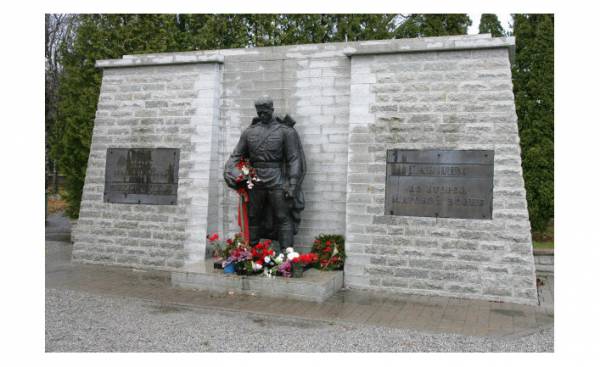 At the end of April marks ten years since the Tallinn riots, which in 2007 was caused by the decision of the government of Estonia to remove the monument to Soviet soldiers from the center of the capital. Although initially this decision contributed to increasing ethnic tensions, Estonians in the field of integration of foreigners managed to stay one step ahead of the Latvians.

Monument “Bronze soldier”, which is popularly called Alyosha, at the time, was summoned to Estonia the same contradictory emotions as the Monument of Victory in Riga: for many Estonians it was a symbol of Soviet occupation, and the majority of Russian-speakers perceive the monument as an important symbol of their identity, reminding of the victims of the Second world war. For this reason, the decision of the Estonian government to move the monument to a military cemetery on the outskirts of Tallinn and reburial of the soldiers of the Soviet army led to mass protests of Russian pogroms and who managed to stop only after a big intervention of the police and the detention of hundreds of people.

It could end worse

Ivari Padar, who during the riots in Tallinn was the Minister of Finance of Estonia, is convinced that the government then made the right decision. “The Bronze soldier monument was in the centre of Tallinn, and groupings of radicals have used it for various political actions. Now the monument is in a much more dignified place, where people have the opportunity to honor the memory of fallen soldiers,” said Padar. A similar point of view about the implications of the government’s decision adheres to the former Prime Minister of Estonia Andrus Ansip. “We did what had to be done, events that later occurred in the Crimea and Eastern Ukraine only confirmed the validity of this decision. It was better in a timely manner to solve the problem before it could develop into something even greater. In comparison with what happened in Ukraine, I think that we have all ended very well,” said Ansip in interview to the newspaper Ееsti Paevakeht. According to the former Prime Minister, the transfer of the Bronze soldier gave to understand most of the Russian that Estonia is an independent state, and that decisions are made in Tallinn, not in the Kremlin.

The opinion of the former Prime Minister agrees with the main editor of the biggest newspaper Postimees of Estonia Lauri Khusar: “If the government did not accept the decision to relocate the Bronze soldier, that later it would set the stage for even greater conflicts. It was the right decision, because this monument in Central Tallinn has been a cause of conflict”.

According to a former Ambassador of Latvia in Estonia, writer Anna Zigure, perhaps, Estonians as well as Latvians, even missed the right moment to solve the problems of the Soviet legacy, because I thought it would best to do it immediately after the restoration of independence, when the centres of the cities, removed the statues of Lenin. The riots of 2007 was for Estonians as a Wake-up call, because given to understand that the integration of Russian-speaking this is a question that cannot be left in the background. If nothing is done to strengthen the loyalty of foreigners in relation to Estonia, then this vacuum to their advantage willing to use Russia for which the Russian-speaking community on the territory of the former Soviet republics serve as a tool in achieving foreign policy goals. It should be noted that the riots in Tallinn occurred before the Georgian war of 2008 and before the armed conflict in Ukraine in 2014, so while few were aware of the seriousness of the situation and the possible consequences that could lead Russia’s intervention in order to “resolve” conflict.

“Those events helped the Estonians to better understand how Russian propaganda works and Russian intelligence services, institutions, the Estonian authorities have now become stronger because we were forced to learn new ways of opposition to pressure of Russia, — says Lauri Khusar. We tried to identify their problems and find their solutions. The Estonians understood that the need to listen to the Russian-speaking minority. We understand that you have to get along and resolve differences.”

In turn, Laura Schmiedeberg, who heads the Latvian national culture society in Estonia, believes that the Estonians and the Latvians came to his senses too late, and the promotion of integration it was necessary to think earlier. According to Shmideberg, in Estonia the Russian-speaking segregation is even more pronounced than in Latvia, because Estonians are more closed and very reluctant to speak in Russian. Thus, the Russian, not learn the Estonian language, was in greater isolation.

Fight against the propaganda

A few years ago, Estonia has decided to create a special public channel ETV+, which aims to apply it to the Russian-speaking audience. However, ETV+ failed to gain a significant audience and to win in competition with the propaganda channels of the Kremlin. For example, in March the share of ETV+ of the total spent on television viewing time was 0.6%. Russian channels have attracted a lot more spectators on the First Baltic channel, RTR-Planeta and NTV-Mir accounted for 5% of the total audience. “It seems that the TV channel for the Russian created too late to entice the audience, which, unfortunately, accustomed to the wide usage of Russian media,” says Schmiedeberg. At the same time she does not deny that in the field of integration of Russian-speakers in Estonia are also notable positive changes. “In kindergartens, you can see that in a group of 30 children, about five Russian-speaking. Some parents decide to send the child to an Estonian kindergarten, so he quickly mastered the Estonian language, and was more competitive in the labor market. However, with the integration in Estonian society this is not always simple: if the child is at home never heard of the Estonian language, then getting into a strange environment for him great injury.”

The change of generations

In Latvia used to the fact that when there are Latvian and Russian, the conversation often goes in Russian language. In turn in Estonia in such cases is more often used Estonian. “The market of Tallinn one can observe that the Russian-speaking saleswomen will be to speak Estonian, even if you started a conversation in Russian, because I want to prove that I know the Estonian language,” says Schmiedeberg.

Member of the European Parliament Marju Lauristin believes that in Estonia the situation with the integration of Russian-speakers in recent years have improved markedly: “the Younger generation of Russian speakers actively involved in the life of society, its representatives became members of Parliament and Ministers in the government. The process of change of generations”. At the same time, the policy recognizes that the strengthening of the Russian-speaking sense of belonging to Estonia is not enough development of the Estonian language. “Unfortunately, quite a lot of cases when a person is fluent in the Estonian language, but takes on the citizenship of Russia, not Estonia,” said Lauristin.

According to Estonian experts, the Tallinn riots of 2007 affected the relations of Estonians and Russians even less than the events of 2014 in Ukraine, when Russia took control of Crimea and hostilities began in Eastern Ukraine. “On the streets you can often see people with St. George ribbons. Previously, it was more a symbol of remembrance of the victims of the Second world war, and in recent years it is used entirely for other purposes,” said Ivari Padar.

Marju Lauristin stressed that the Russian-speaking community is not monolithic, and there are proponents of different views: “In my opinion, people actively acting against the interests of Estonia as an independent state, are clearly in the minority. Unfortunately, many watch Russian television and do not quite understand in what state you live in.”

The activist of the Russian community of Estonia Gennady Sukhov is convinced that the responsibility for the failure of integration lies on the shoulders of Estonian politicians. “The transfer of the Bronze soldier contributed to the split of society in Estonia into two parts, and for ten years this crack has not diminished. The government spends more money on program integration, but did not achieve any success in this area. What means integration? This means that both sides need to take a step towards each other, not to force to impose their demands”, — said Sukhov.

In Latvia many look with envy at the determination of the Estonians and I think that we ought to learn from them inflexible positions, particularly on the issue of language. From time to time there are calls to follow the example of Estonians and to dismantle the Monument of Victory in Riga. Anna Zigure stresses that the Victory Monument continues to divide society, but does not see currently the possibility of transferring it to another location, and offers to place at the monument signs with slogans in several languages which will explain that it represents and for what purposes created. “Unfortunately, part of our society has not yet realized that the Soviet Empire completely collapsed”, — concluded the writer.

Riots in the capital of Estonia began April 26, 2007, when the institutions began work on the transfer of the monument to Soviet soldiers from Central Tallinn to a military cemetery on the outskirts of the city.

This decision has caused mass protests of Russian-speaking; hundreds of people clashed with the police began burning cars and looting shops.

During the clashes injured more than 150 people, and the citizen of Russia Dmitry Ganin was stabbed and died in hospital. The Russian authorities criticised Estonia for the fact that the murder of Ganin no one held accountable.

Police detained hundreds of rioters, there appeared before the court 108 people, six of them were sentenced to real prison term, the rest received conditional sentences.

Estonian court acquitted four main activists of the pogroms, who were accused of their organization, moreover, they are entitled to compensation for long stay under arrest. 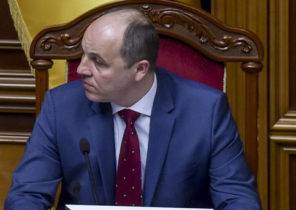 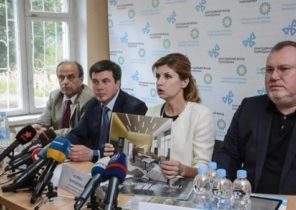