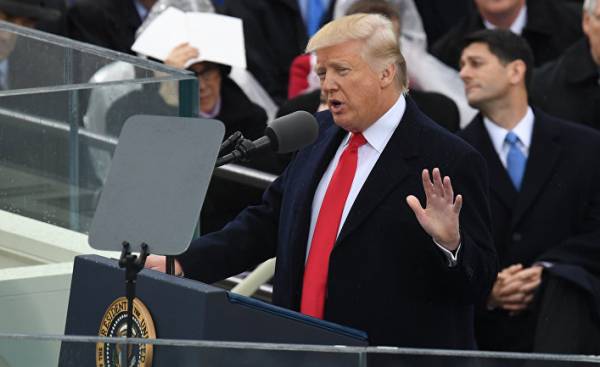 The President of the United States Donald trump boasted that his administration has achieved incredible success. Let’s try to put his statements in context.

To carry out part of their campaign promises Donald trump shortly after taking office resorted to direct presidential directives.

He ordered to stop the process of ratifying the TRANS-Pacific partnership and reduce the number of regulatory standards for business.

In General, the trump issue decrees about the same speed as Barack Obama, but on 21 April he signed more than his predecessor.

When Donald trump was sworn in on 20 January, his approval rating was at the lowest level among all presidents on inauguration day.

Trump called the data loaded, but all the power of rejection of his person part of the community was demonstrated when hundreds of thousands of his opponents took part in meetings organized on the day after his inauguration.

Most presidents begin their reign with a high approval rating, but President trump broke this trend. While and George W. Bush, and Barack Obama by mid-April, the ratings were a comfortable 60%, Donald trump, this figure stands at 40%.

The fight against illegal immigration

One of the main promises of the President of trump was to strengthen the fight against illegal immigration, and there are signs that the struggle is really aktiviziruyutsya and has led to reducing the flow of illegal migrants into the country.

According to the government of the United States, the number of persons detained while attempting to cross the border between Mexico and the United States in January fell to the lowest level in 17 years.

The government is inclined to explain the validity of the orders of the President trump, aimed at combating illegal migration, which led, according to the Agency’s boundary and customs control, to a radical turning point.

The creation of jobs

In 2009, when Barack Obama became President, the United States experienced the deepest recession since the 1930-ies.

In the first month of the Obama presidency, the American economy lost another 800 thousand jobs.

The decline continued for some time, but then began the longest period of growth in the number of jobs in the entire history of observations.

According to the published in March statdannym labor market, in February the United States was established 235 thousand new jobs. Press Secretary of the White house Sean Spicer called it good news for American workers.

During his election campaign, trump promised to create 25 million jobs in 10 years.

President trump called the dynamics of stock markets testimony to the enormous tide of optimism in the business world.

In the first weeks of his presidency, the Dow Jones, S&P 500 and Nasdaq rose to a record high marks — at least partly — reflect the enthusiasm of investors trump plans to launch infrastructure projects, deregulation and tax cuts.

However, since March when Congress failed Republican plan for health care reform, and it became evident that the process of discussion of tax reform is delayed, the growth of all three indices slowed down.

As of April 21, the S&P 500 index when trump showed a more steady growth compared to previous presidents.

Another campaign promise trump was “cancel and replace” the law “About available health care” (known as Obamacare) enacted by the efforts of President Obama.

The Republicans have been trying to cancel this caller numerous feuds the law, despite the fact that he helped 20 million Americans to purchase health insurance, which had previously been unavailable to them.

Alternative plan of the Republicans, according to estimates by non-partisan Bureau of budget analysis to Congress, would lead to the fact that by 2026, the number of Americans without health insurance, would have reached 24 million.

Republicans in the house of representatives are themselves divided into irreconcilable factions on this issue and have been unable to collect the required majority of votes to pass this bill. Trump says that sooner or later a replacement for Obamacare still find. 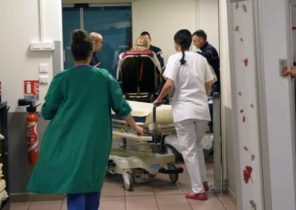