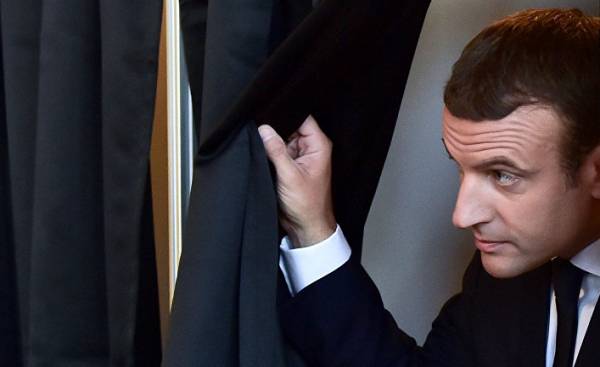 FigaroVox: Second round of parliamentary elections, apparently, will allow the movement “Forward!” to the wide majority. Anyway, in the first round was was extremely low turnout. What do you think?

Jérôme Sainte-Marie*: 51% no show in the first round has become a very serious phenomenon. It is the first political failure of Emmanuel Macron since his election. After June 11, it became much harder to talk about the people’s support for the new government because the candidate is “Forward!” and their allies gained 1.3 million votes less than the leader in the first round of the presidential election. At this stage it is possible to speak about refusal of participation and civil disobedience. Whatever it was, is that the failure can not be called a protest or consent. It reflects the established citizens perception of the inadequacy of our election mechanics. This applies not only to the fact that the presidential elections in fact determine the outcome of the parliamentary since the introduction of the five-year presidential terms: what is happening now is reminiscent of 2002, when everything was decided in the first round. Who received 19.9% of the votes, Jacques Chirac, did not have to make any concessions to rivals to win the second round and then get a majority in 365 parliamentary seats for the then just created Union for a popular movement. Emmanuel macron has made great efforts to form a government with the participation of Ministers from the left, centrists and right. The lack of prospects for the emergence of alternative most of the split of the opposition into four parts convinced half of the voters that go to the sites is meaningless. Anyway, these people, without realizing it, laid the mine in the Foundation of the new government.

Is it just a reflection of the deepening rift between the two, France?

After a class vote in the first round now we are seeing the class absence. As a result, some argue that the sociological differences between the various groups of the electorate has worn off in the course of these parliamentary elections. But it can be noted that voting took place in isolation not only from the territory (the territorial factor played almost no role), but from the people. So, 66% of employees and 61% of employees did not go to the polls, while among managers this figure is 45%. In addition, although young people play a large place in the generated image of the movement “Forward!”, she also chose not to participate: the failure was 64% among people under 35 years old (in fact this figure is even higher because many young people simply did not register) and 35% in the group older than 60 years. In other words, assertions about the relative homogeneity of voting among different groups of voters at parliamentary elections is not really pointless. Judging by the numbers, June 12 at the stations accounted for $ 13 million less than on April 23. All this resulted in a severe distortion of the electorate relative to its theoretical shape. Thus, parliamentary elections confirm and emphasize the lessons of the presidential. Between the supporters of Macron and the others are not just differences, and deep social divisions.

— The report of the Paris Institute of political studies noted that the new composition of the National Assembly, will be homogeneous in social terms. Among the candidates, “Forward!” proved to be only 0.2% of workers and 0.9% of employees. The update goes on top?

— This work Luke Ruban (Luc Rouban) the more interesting that demonstrates simultaneous improvement in the representation of women and the private sector. As you know, promoting parity and diversity may well put up with the aggravation of social inequality, or even be his backup. The list of candidates for these elections was an eloquent example of this phenomenon, which was described and analyzed American scholar Walter Benn Michaels (Walter Benn Michaels). Here we also affected the concept of “civil society.” In some cases it is used as a synonym for “this country” that lies behind government and political staff. In fact, in the framework of the representative system it is the policy of the party and become the basis for the advancement of members of underprivileged segments of the population. Otherwise, all is silent (sometimes even against the will) is shifted in the direction of the elite set. The company is not limited to a single user, and the scope of independent entrepreneurship is not limited to startups. Surprisingly, the current situation is reminiscent of the XIX century. We seem to see a vote on the electoral qualification, the Parliament, which is similar to the Assembly of the mighty. There’s even a kind of visible sessionist.

— After the first round of the presidential election, you announced the formation of an elite unit. What are you talking about?

— Need to move away from the terminology of political and moral connotation, to try to find a suitable name for reality. That is why the opposition of the people/the elite is not for us. The first concept is too General and the second too restrictive. Even the term “bourgeois bloc” not so simple, because it raises millions of French people not really belonging to them social status. At the same time “elite unit”, I think, describes all who belong to the social elite, I want to be (such people a lot more) or believe that obedience to the elite is the right and natural thing. That is, it is both an objective situation and subjective tendency. Incidentally, this is why we use the concept of social “blocks”. They do not have a homogeneous content, but include different enterprises, but at the same time, the solidarity circles. The social unit is committed to the implementation of power to their own benefit and for the benefit of common interests. At the same time, he is merely a historical construct, and may disintegrate. The impressive success of Macron become the epitome of the elite unit, whose formation on the ruins of the partition on the right and the left began many years before the announcement of his candidacy.

— Can the macron rules the country with only one of this elite unit? 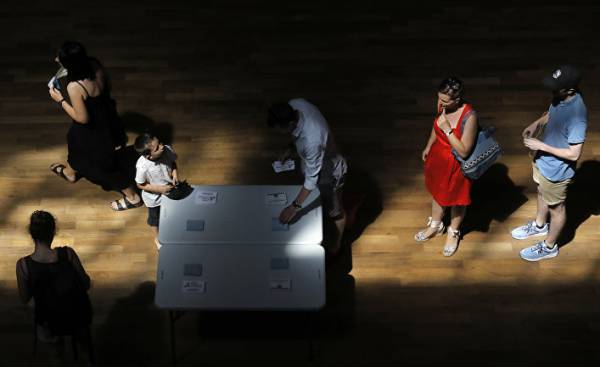 — The Union of the right and left of the elite on the basis of ideological convergence and social homogeneity has so far been a resounding success. In some privileged circles even experienced some euphoria. Like 14 July 1790. A celebration of Federation to the modern bourgeoisie. The driving force of the “Go!” allows her to be in the second round of presidential and parliamentary elections, victory is achieved automatically. Nevertheless, the existence of the elite unit creates the problem of weakening the so-called government forces. Dynamics of “Forward!” come from the fact that Nicolas Sarkozy and Francois Hollande were unable to carry out desired reforms of the country, adopted the framework of the European Union and the requirements of the financial markets. In other words, maronovsky epic relies primarily on the commitment to deliver structural reforms of our society sufficient socio-political base. If we compare the results of the first round of the presidential and parliamentary elections with the total number of the electorate, it becomes clear that all this result has not been reached. Here for all the arguments about civil society once again seen the importance of state power. Her control of people who know how to use all its leverage solves the problem.

— An elite unit of the people’s counter unit. At the moment, he once represented? He handed over the position due to the absence of mass?

— As something opposed to the elitist bloc, which includes representatives of the presidential party, the Democratic movement Union for a popular movement, the “design” of right-wing and compliant leftist people’s bloc is still a virtual concept. The policy of Emmanuel Macron and Edouard Philippe (Philippe Édouard) is not a “rejection front” and “archipelago rejection”. This is a serious strategic imbalance. The effects are visible in the second round of parliamentary elections, where the candidate from “Forward!” is usually opposed by the representative of one of the four opposition forces without prospects of alliances and, consequently, with poor results.

This situation is a long established and represents a historic opportunity for completion of liberal reforms. Given that the confrontation with the new government will carry both social and political in nature, the position of “the Rebellious French” seem to be promising, whereas the National front puts a spoke in the wheel of the ambiguity of his statements on economic liberalism. The position of the Union for a popular movement not as serious as those of the socialist party, but their hopes for the restoration of the struggle between right and left in the foreseeable future is unlikely to materialize. This political order was not just weakened, and replaced with a new one.