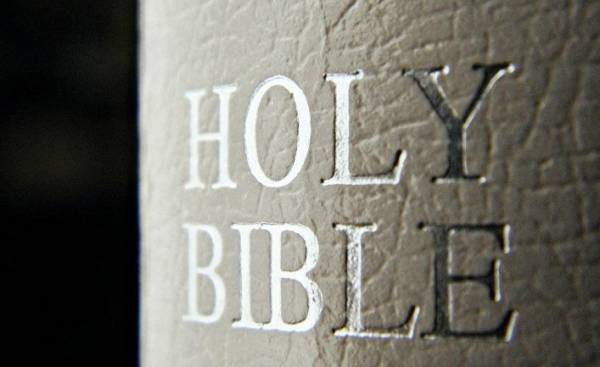 Hardly anyone in the West noticed it, but last week the Russian Supreme court banned the activities of “Jehovah’s Witnesses” in the country and confiscated all the property of the group. We were too busy with their own worries about fascism in France and the war with Korea. However, this ruling of the court was an extremely powerful blow to the principle of freedom of religion. Most people in the United Kingdom consider “Jehovah’s Witnesses” is a bit ridiculous: they have a pretty strange attitude to blood, and they have not too healthy interest in the end of the world — usually, that’s all we know about them.

But much more important is another aspect of their faith, which relates to military service. They refuse to serve in the army by conscription and even carry any “military work”, not related to violence. This position has led to the fact that “Jehovah’s Witnesses” was persecuted in almost all countries that participated in world war II. They were imprisoned in the United States and the United Kingdom, and Hitler had treated them particularly badly by the end of the war half of the Jehovah’s witnesses were in the concentration camps, and a quarter have already died.

The history of this sect is an impressive example of non-violent resistance and perseverance. It makes its followers the most strongly harmless fundamentalists in the modern world. However, in Russia at least since 2004, they were treated as if they were aggressive fundamentalists. Their place of Assembly, called “Kingdom halls” are constantly subjected to raids, members of the sect were imprisoned for refusing to serve in the army, and the DOJ filed a request to be declared an extremist organization.

If the decision of the Russian court is not cancelled, “Jehovah’s Witnesses” will lose their “Kingdom halls”. The Central office of this organization will also be confiscated by the state, and all of its literature — in particular their own translation of the Bible and even picture book with Bible stories for children where there are no words — will be declared “extremist”.

Members of the sect blame of what is happening in the growing influence of the Orthodox Church, which greatly strengthened its positions under President Vladimir Putin, and again began to treat with deep suspicion and, where possible, even to persecute Protestants and Catholics. “Jehovah’s witnesses” of a Protestant sect, which actively deviates from the values and demands of the society that surrounds it — was persecuted even more than the Baptists. According to the organization Forum 18, which monitors the situation of religious freedom in Russia and the former Soviet bloc countries, the only religious group that was subjected to such persecution, was one of the Sunni sects, which, perhaps, no longer exists.

Distribution and viability of “Jehovah’s Witnesses”, which they have demonstrated over the past century, point to two main features of religious belief: first, if faith is strong enough for a man, she becomes more than life, and secondly, the power of faith has nothing to do with the attitude of those who do not share. Moreover, the contempt and hostility of the representatives of other faiths only strengthens the spirit and unity of those who are being oppressed. Now there are over eight million Jehovah’s witnesses, and more than 170 thousand of them live in Russia.

The persecution they are subjected to worldwide are a terrible indication of what a delight we experience in pursuit of a little alien to us and vulnerable groups. In Russia, this also is another evidence of the ruthlessness and brutality of the Putin regime. All authoritarian regimes reject religious minorities — perhaps because worship is the most effective method of formation of the concept of such a world that is different from the existing system.

Tolerance is rather late and not entirely a natural phenomenon in human history, but this only enhances its value. Freedom of religion is the freedom to make mistakes. And in the case of “Jehovah’s Witnesses” with their amazingly stubborn patience they demonstrate in the face of persecution, we see that the essence of their beliefs does not affect or should not affect their right to hold their beliefs.

In an era when most of the fear about Russia is concentrated around its behavior abroad, attempts to deny “Jehovah’s Witnesses” of their rights to prove how much damage Putin can cause within the borders of their country.