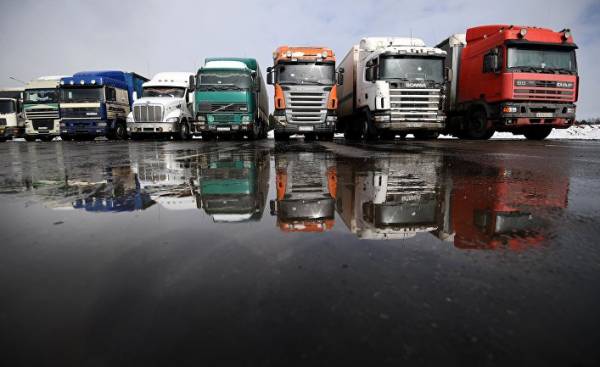 Protests in Russia, led by the strong hand of President Putin, something unusual. This also applies to the protests of one professional group that November 2015 Express their discontent on the streets. Thousands of truck drivers in a year and a half to organize strikes and blockades because of a new system of charging fees for road use. After protests recently reached its peak, some stores in the Russian regions announced the problems with the supply.

“Plato” is not considered correct by the system

The Russian system of charging trucks has a proud name “Plato”. Although the revenues from the system must be brought to the proper condition of roads across the country, and the great damage to the coating is applied is the heavy trucks, the resistance of the new system is great. Went to the barricades not the whole industry, however, the strikers have already made from the government to significant concessions.

The name “Plato” is an abbreviation of the phrase “fee per tonne”. Charged with the collection of Federal highways with trucks weighing more than twelve tons. At first he was 1.5 rubles per kilometer, and in the middle of this month has been increased to almost 2 rubles. Initially with the introduction of the system in 2015, it planned to a charge of more than three rubles, but was followed by a big wave of protests in many Russian regions. From that moment Moscow has lowered the tax on transport, as well as fines for violations of the rules of the fare, and the recent increase of the tariff was originally supposed to be much larger.

The center of resistance was the Dagestan Republic in the North Caucasus, where the protests against the introduction of the new system was attended by over 17 thousand truckers. Their anger has evaporated over the last week again thousands of drivers held a protest. The police took action against the blocking of roads. Since the protests do not have a Central organization and refer only to a single Union, the Kremlin does not regard them as a threat.

The fact is that the regions are relatively poor, and there is not organized logistics companies with their own fleet, I own drivers. Often at their disposal is only one truck on which they work at their own expense, and often in the informal economy, without registration and taxes. Truckers complain that because of the toll their income will melt, but it’s not the only problem. Check in the “Plato” will make them visible to authorities (to which she also was sent; the shadow economy in Russia is a big place).

The fight against the surveillance state

But “Plato” is not the end of the story. Moscow is also working to control the maximum load of trucks. Stipulated penalties for excess weight can be detrimental to small companies. This trend of increasing control of the protesters want to fight as early as possible. In other regions of the country where the work of professional logistics companies, less complaints. Large retail chains, and supplies used by these companies, do not complain about failures in the supply, unlike the small shops, which cooperate with individual drivers.

In addition, the “Plato” criticize the country because of rumors of mutual responsibility. The fact that the money is really going to build roads, this is questionable. In April 2013, the government announced a tender to choose the company for the introduction of the system. Participated in the tender and such foreign companies as Siemens, but after the beginning of the Ukrainian crisis, the contest was cancelled. For reasons of national security, as it was announced.

Instead, Moscow in August 2014 gave the order without bidding, the company “RT-invest the Transport System”, RTAS, which is half owned by businessman Igor Rotenberg. Igor is the son of Arkady Rotenberg, a close friend of Vladimir Putin, who has spread Washington’s sanctions because of the Ukrainian crisis. Along with his construction company and Arkady Rotenberg is a big plus, getting state contracts.

For RTAS the system of collection of road fees is good business. In the creation of a system that captures trucks using the online form or direction finder, the company only invested two billion rubles of its own funds. They were also given a Bank loan in the amount of 478 million francs in terms of the Swiss currency. For operation of the system, RTAS receives annually from the Federal budget, at least 195 million francs, which corresponds to half of the revenues that the state in 2016 received from the system. However, its cancellation — the maximum demand of the protesters is not discussed. In this regard, it is not expected and the end of the protests. 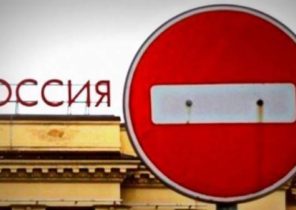