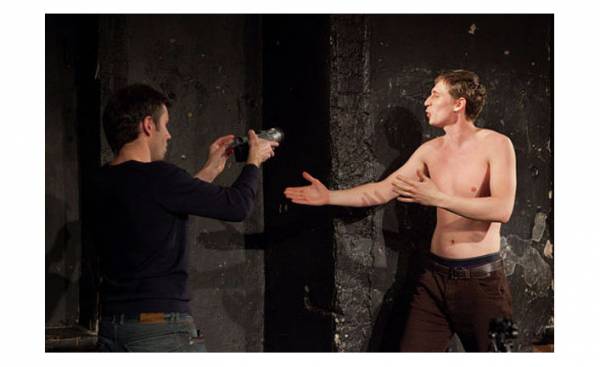 In a small theatre hall located in the basement of a residential building, familiar with the theme the audience is watching the articulation of Finnish artists, not looking up.

“Finland really had lost the war but won the moral victory. That is why this issue is constantly discussed,” continues Heikkila Antti (Antti Haikkala).

Finnish theatre Telakka from Tampere and Moscow Театр.doc putting on plays based on documentary material, decided to create a joint project. In the heart of the story are interviews about the Winter war and all of the tense relations between different countries.

The international documentary theatre project received special funding from the Ministry of education and culture of Finland. It is prepared in the framework of the 100th anniversary of Finland.

The winter war compared to the war in Ukraine

The author of the joint project is Ukrainian playwright Maxim Kurochkin. He compares the feelings that caused the Winter war, with feelings of Ukrainians caught up in war at the present time.

“I want to understand how long memories and trauma are stored in the memory of man, and at what stage everything is forgotten. At the moment, my conclusions are not very comforting,” admits Kurochkin.

The winter war and the real reasons of its inception, long suppressed in the Soviet Union and in modern Russia about the war that was fought with Finland, is little known. It seems that the performance hurt the feelings of the people who came to see it.

“This play should show both in Finland and in Russia, because we are talking about the most shameful war that was between our countries. If the Winter war knew better, the war with Georgia or Ukraine have flared up,” — says Oleg Carlson after the performance.

The premiere will be held in the fall

The first version of the documentary play was shown to the Moscow public on April 24. Before the official premiere will be refined, taking into account the feedback received in Moscow.

The premiere of the play will be held in Tampere in October this year. Then it will be displayed in Russia and Ukraine.

The head of the Finnish theatre Telakka soikkeli the Piia (Piia Soikkeli) hopes the play will make people look at war through the eyes of others — regardless of where they were born.

“What thoughts appear in the mind of man, when he hears on the radio that some country declared war? Always war is so far away from us?” — asks Soikkeli.

Theatre, not afraid of criticism

Moscow Театр.doc known as the theatre of an active social position and sharply critical of the Russian authorities.

The most famous play of the theater is a satirical play “Perlocution” who put Varvara Faer. In this half of the brain of former Prime Minister Silvio Berlusconi (Silvio Berlusconi) transplanted Vladimir Putin.

Because of the oppression of the government Театр.doc several times was forced to change the venue of the performances. But very popular with the public marginal theatre has managed to continue its work.

Faer Director and spectacle of the Winter war. She is not afraid to touch on topics that challenge the Russian leadership, which is a play condemning war in Ukraine.

“We are not afraid. We are completely independent theater, and when we want to do something, we do,” says Faer. 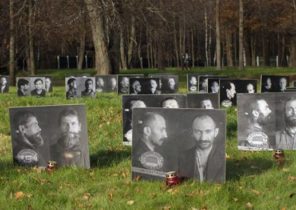 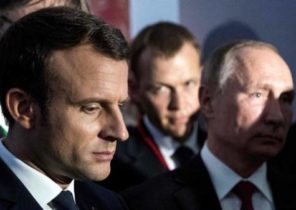