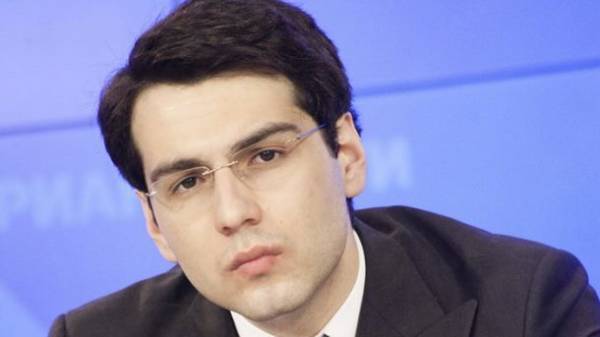 For diversions in Ukraine is the Abkhaz separatist Inal Ardzinba, who is Deputy assistant to the President of the Russian Federation Vladislav Surkov, which, in turn, the Russian curator of the destabilization of the situation in Ukraine. This was stated to journalists by the adviser to the interior Minister Zoryan Shkiryak, transfers TCH.

According to him, the troubled situation in the South-East of Ukraine arise under the leadership of Ardzinba.

“The essence of the question is very simple – Inal Ardzinba directly supervises sabotage against Ukraine. Of course, the Kremlin’s chief curator is Surkov, as it is a direct, shall we say, a slave, who is engaged in his own project “Bessarabia”, well, you know about it. The whole situation in the South-East of Ukraine – it’s all the handiwork of the scum of Ardzinba,” – said Shkiryak.

He also noted that the explosions in warehouses in Balakleya (Kharkiv region) was also planned in the Kremlin.

“Of course, Inal Ardzinba is one of the key figures. First, I must say that he is a representative of Putin’s team, is the Deputy an open enemy of Ukraine Vladislav Surkov, and, of course, Inal Ardzinba is one of those who are directly involved in planning acts of sabotage in the state of Ukraine. Personally, I have no doubt in this. Of course, you remember that at the time was email hacking Surkov, who confirmed his direct involvement in attempts to internal destabilization of the situation in Ukraine, so both of these scum are playing a key role in the sabotage, both direct and internal, which is carried out by Russian intelligence services against Ukraine”, – said Shkiryak.

We will remind as earlier it was declared by the head of SBU Vasily Gritsak, a Kremlin official said Inal Ardzinba is the curator of the separatist project “Bessarabia”, which covers 9 districts of Odesa region. According to him, against him and instituted a criminal case.

Also in the SBU reported that all the materials of the criminal case on Ardzinba has already been sent to Interpol. He is suspected of violation of the constitutional order of Ukraine, and the destruction of the territorial integrity of the country.

The Spectator (UK): full text of the road map, Prime Minister of the UK to mitigate the lockdown