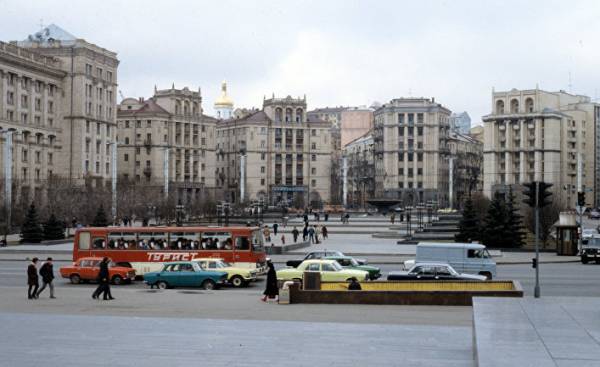 Last year at the Czech centre in Kiev was visited by more than 100 thousand Ukrainians. They brought back the desire to get acquainted with Czech culture, history, language. “The art of understanding each other” is the motto of the centre wrote on its banners. And to achieve this help not only language courses and translations of books, movies and theater productions, but Czech volunteers who come to teach, becoming in the end, those who are tying thin but very strong thread of human communication.

Czech center in Kiev has been working for 17 years, so that all changes and dramatic events of modern history of Ukraine took place before the eyes of its employees. His speech at the Prague headquarters of the Czech center Czech Director of the Kiev center Lucius Regarima started with photos of the Kiev Maidan.

“In 2013, the Maidan was filled with hundreds of thousands in the crowd who wanted to be heard, wanted to change policy, culture, its own life. Czech centre in Kyiv works in a country in a very difficult economic, political and living conditions, because the war literally goes through every person in Ukraine there is no one, whoever she touched, and of course, we have to take this into account in its work — emphasizes the Lucius Regarima. — Ukraine is now a very interesting stage of its development. It is a country seeking to return to their roots, to finally overcome russocentrism the influence of the past, of the past centuries. Therefore, I believe our main task as a challenge for our European partners to assist Ukraine in its European integration and, in General, in carrying out reform”.

The Lucius Rzaguliyeva said that in 2014, when she arrived in Kiev, I discovered that the centre is actively working in the capital, and also in Kharkiv and Lviv, and has set itself the goal is to allow Ukrainians from other regions a chance to get acquainted with Czech culture and enjoy the opportunities offered by the Czech centre.

The path to another culture often begins with language learning, and interest in Czech in Ukraine is now very high. In the Ukrainian cities to the organization of events for Czech center manages to attract and local governments, and commercial sector, and civil society.

“We were able to open our mini-centers with courses of the Czech language. In the regions headed our teachers are native speakers, who receive everything they need for work conditions — pay for the roads, food, housing, and even linguistic classrooms, as it should be in the XXI century. We are very happy that they can actively work in Kharkov, in the city of Dnepr. From April we are based in Zaporozhye, the Odessa planning to open our branch in September of this year, in the winery, we have been working for a year and a half, as well as in Ivano-Frankivsk. Well in Lviv, we feel at home, because thanks to the new highway you can get there from the Czech Republic for 5-6 hours. So today, Lviv has become a popular tourist destination, and the Czechs there like to drive. Lutsk is a place in the Volyn region, where there is a large Czech community. There are Czech language courses we plan to open next year,” explains the Lucius Regarima.

Also the Czech centre in Kiev, has taken under its patronage and Belarus: “In Belarus, Czech language courses, we discovered, of course, in the country’s capital Minsk, where they received significant support to the diplomatic mission of the Czech Republic. This year we plan to begin work in other cities of the country. We would like to hold events regularly to develop the Belarusian direction.”

However, the main challenge remains Ukraine. Great support for the work of the centre is providing the Embassy of the Czech Republic. In the period from 2014 to 2016 for the implementation of various projects has been allocated eight million euros. Recently, in the Arsenal of the center there is such an interesting format as “Czech Thursdays”, when in different cities in this day of the week is shown on one of the Czech film. This means that residents of different regions of Ukraine have the opportunity to watch tape birthday this year Milos Forman, the 85th anniversary of which was dedicated to many shows, Zdenek Sverak and many other famous Directors.

While language courses remain the main focus of the work of the Kiev center. The number of people wishing to learn the Czech is constantly growing, and the lack of such opportunities complain, for example, and listeners to “Radio Prague”. Last year the total number of those who attend language courses of the Czech center in Kiev, including Belarus, have reached thousands of people, and staff must urgently rebuild a system of education.

“I must say what great support we are here having the Institute for language and training, which helps us to exchange information with the Czech universities. The universities send their students bogomilov and Ukrainists, which is then sent to Ukraine for a three-month internship and training, receiving a scholarship under the program “Erasmus+”. So for Czech students is a great chance to visit the country,” says the Director.

In addition to the seminar in Prague the language training, future teachers undergo additional training in Kyiv the Czech centre. Such “humanitarian landings”, which are then sent to the Ukrainian regions, is the best way to maintain the country’s image, said Lucius Regarima. A graduate of the University. Masaryk in Brno, who studied Russian and Ukrainian languages and literature, feels in Kiev like at home.

“The Czech Republic has the advantage that in the eyes of Ukrainians, we are to a certain extent the West, but the West — are very similar in their mentality, historically, geopoliticke. As nicely put it by one of our students in Ukraine, we consider a kind of “Slavic elves”, seeing in us the kindness, the culture, in General, what I want to get a closer look. And in this respect we are in a better position than our colleagues in Western countries. I think this also explains the interest in the Ukraine to the Czech language, which we see now, and which I hope will continue in the future,” says Lucius Regarima.

There was a related boom in translations from Czech to Ukrainian and classics, and modern literature. This helps the regular contests of young translators and the allocation by the Ministry of culture of the Czech Republic grants for the publication of Czech authors. In 2014 Ukraine is present on the “map” of the literary festival “Month author’s reading”, in which there come contemporary writers of Central Europe. In 2015, the Ukrainians, in turn, were guests of honor of the festival — 31 the author was able to present their works to the readers of the Czech Republic, Slovakia and Poland.

“It was the writers directly from the Ukraine, who came to represent their country and tell about what’s really going on. Their participation in the festival has attracted a lot of media attention and I would rate this project as very successful. By the way, this year’s guest of the Month “readings” will be Georgia, while the lions will travel five Czech and five Slovak writers”.

Among those who came and comes in the Czech centre in Kiev, there have such names as, for example, the leader of Crimean Tatars Mustafa Jamil. As pointed Lucius Regarima, Czech centre tries to support the Crimean Tatars, providing a platform for discussions on the situation in Crimea, human rights, political situation after the annexation of the Peninsula. Recently, representatives of the people were organized free language courses that will allow youth to continue studies in the universities of the Czech Republic, where the best students will be able to obtain Czech scholarship.

The whole of last year was held in the Czech centre under the aegis of the 80th anniversary of václav Havel edition of the works, theatrical performances, the opening of a memorial plaque in Kiev Boulevard which now bears his name.

Another successful project was the tour of the legendary Czech rock band the Plastic People of the Universe, who acted in the Kharkov Symphony orchestra in the constructivist building of the old circus, which activists are trying to save from demolition.

This year, the Czech centre participates in the implementation of the art project of the artist Kateřina šeda the “Slavutich”. Winner of the Magnesia Litera, working in the format of social skills, brought to his performance of the young residents of this Ukrainian city built for those who escaped from the Chernobyl disaster. June 3, the day the city will hold a special promotion — the most massive in the history of the collective applying for a visa should as a result get into the Guinness Book of records. “Ukrainians Yes visa must undergo a long and humiliating procedure, absolutely, I think, unnecessary,” — explained in an interview with Czech media kateřina šeda, which believes that, despite the abolition of visas for Ukraine, the problem for most citizens is still relevant due to the lack of the necessary biometric passports and other documents.

— It’s no secret that many Ukrainians come to the Czech Republic as labor migrants in search of work. Probably, this explains why such a boom of interest in learning the Czech language?

— Yes, of course it is. However, not our job is somehow to monitor. However, we know that many of our students want to complete their education in the Czech Republic to stay here to work or go further. It may sound naive, but part of our job is to show Ukrainians and the beauty of their own land to get our education, they found the use of this knowledge at home”.

— You live in a country for three and a half years, travel a lot as part of its work, the reports you’ve been on regional TV channels. Do you already have your favorite places?

— Ukraine is a very large country, five times more than the Czech Republic. On trips I have, unfortunately, not have time, although I would very much like to go, such as in the mountains. Ukrainians at me the impression is very calm and nice people. Of course, I try to see in people something in common that we have, and what we can cooperate. I see the way Ukraine is looking for its new identity, and remain there in this moment is a very powerful experience,” he told Lucius Regarima, which said that in rare free moments he likes to walk around the Hem and the Dnieper. 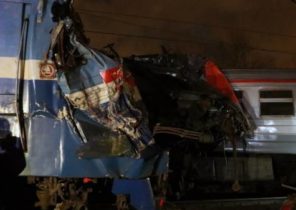 In Moscow, the train collided with the train 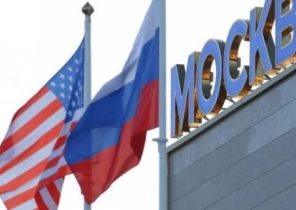 In Russia, recognized relationship with the United States worst since the cold war