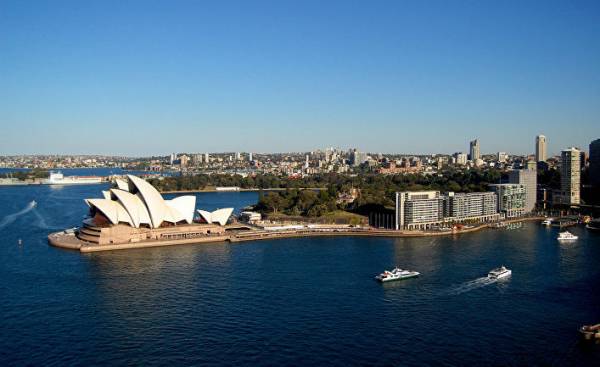 The leader of the party “One nation” stated that there is no evidence of Russian involvement in the plane crash MH-17 Malaysian airlines, which killed 298 people, including 38 Australian citizens.

“Putin pressed the button?— asked the leader of the Australian extreme right. — I have often said that I respect him. He is a patriot of his country. The people love him. He does so much for Russia. Many Australians want Australia was a leader”.

The leader of the labour party bill shorten (Bill Shorten) immediately condemned Hanson for her words in support of Putin.

“On his Twitter page, he wrote: “the 37 Australians killed in MH17. No one got to admire Putin.”

In an interview with reporters in Queensland shortly after the interview Hanson, the Prime Minister of Australia Malcolm Turnbull (Malcolm Turnbull) said: “Vladimir Putin’s Russia in all respects — not the object of admiration and not supposed to be.”

“Russia must leave the territories that it occupies in Ukraine, and it must provide the information that we know she has regarding the identity of people shot down a passenger plane MH-17 and thus killed 38 Australian citizens”.

Turnbull visited Queensland as part of its campaign, through which he tries to enlist the support of members of Parliament belonging to the ruling coalition, amid the growing popularity of the party “One nation”.

Hanson also criticized the government program of forced vaccination. She advised parents to check the status of the health of their babies before vaccination, because some parents told her about the problems.

“What I don’t like about this is blackmail by the government, said Hanson. — You can not do that with people. It is a dictatorship. I believe that people have the right to investigate the situation on their own.”

In his first interview since returning to politics, which she gave in the Insiders program on ABC, Hanson said that her political positions have not changed since the beginning of her political career in the 1990s. In this respect, it differs markedly from the Liberal party.

Although John Howard (John Howard) refused to change their attitude to the “One nation” during his tenure as Prime Minister, a senior Minister-liberal Arthur Sinodinos (Arthur Sinodinos) supported the agreement of the Liberal party of Western Australia, because “today the party of “One nation” is very different from the party it was 20 years ago.”

According to Hanson, for the past 20 years has changed only that she became more aware, while its position remains the same, as evidenced by her views on immigration — although she’s switched from the Asian Muslim community.

“I grew up, I think I got a little older, a little wiser, began to better understand the intricacies of the policy, said Hanson. This time I’m not an independent member of the lower house of Parliament, has no weight, I’m a Senator, supported by three other senators”.

While the labour party and the unions are preparing to fight against the government in connection with the arbitration of the labour relations Commission on the reduction of penalty rates, Hanson spoke in support of this reduction, which will result in a decrease in wages of hundreds of thousands of low-wage workers.

On the question of whether it supports the reduction in rates, she replied: “I think in principle, Yes, support.”

When a reporter noted that the consequences of this decision will affect many of her supporters, Hanson said, “I hope to give small businesses the opportunity to grow”. She added that low-paid workers will still get paid.

Hanson noted that as the former owner of the company, it nurtures sympathy for the small businesses who have to compete with large companies such as McDonald’s, having the ability to negotiate with trade unions collective agreements at lower wages.

“How can you expect the restaurant food to take away or grocery store will pay its employees $ 34, if McDonald’s pays $ 26?— explained Hanson. — Why unions don’t defend workers ‘ interests?”

Her arguments contrast sharply with the arguments of the ruling coalition, which refuses to challenge the decision on penalty rates, saying only that it was the decision of the independent arbitration Commission.

Shorten that before the decision was announced that he would support the verdict of the arbitration Commission on industrial relations, last week criticized the ruling coalition for the fact that it does not block the reduction of penalty rates. In Parliament, labour and the greens also called on the coalition to block this decision.

“This government has not taken any steps to solve the problem, but the labour party is just a bunch of hypocrites, said Hanson. — I think that if we undertook this, we could boost employment by helping small business.”

Hanson warned that the government could not rely on her support of a package of tax cuts on profits of companies, which was announced in the 2016 budget. According to Hanson, she would prefer to get rid of the payroll tax in particular States, which, in its view, constitutes a tax on employment. According to her, Finance Minister Scott Morrison (Scott Morrison) told her that the us “will not discuss this issue.”

In addition, Hanson gave an unexpected Council Christensen, who has repeatedly threatened to withdraw from the ruling coalition if his opinion is ignored.

“I advise him to stay where he is now, because if he’s gonna jump off of this ship, it will lead to destabilization of the government. I don’t think people want it, and they wouldn’t want that from me,” she said.

“Stabilize the government, because we need it. And then he will be able to decide what to do next. Then he can say: no, I’m done, I can no longer remain in the National party, because they do not represent the interests of my constituents as I would like. If he wants to go to the “One nation”, I won’t deny him that, but I do not call for it.”

With regard to the election in Western Australia next weekend, Hanson said he hopes to get seats in the upper house, which rightfully belong to her.

According to her, change of preferences, which affected the liberals of Western Australia “One nation”, due to the fact that the Liberal party changed its position in relation to her party, and not Vice versa. She rejected criticism voiced by its own candidates, accusing it of signing the agreement with the Liberal party.

“I will not be ashamed to talk about it, because it’s our best chance to achieve the election of candidates of the “One nation” in Parliament. Is there anyone who would refuse to do the same?”

“I find it extremely offensive and unworthy of the fact that Senator Hanson applauds and praises such a leader, given Putin’s involvement in the deaths of 38 Australian citizens,” said O’connor.

“It’s amazing what is so undemocratic leader, the man who, apparently, responsible for the deaths of so many Australians can be a hero for a Senator Hanson”.