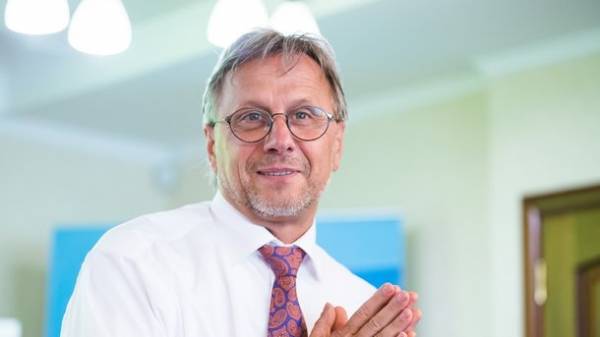 The Chairman of the Board of Raiffeisen Bank Aval Vladimir Lavrenchuk is ready to become the next head of the National Bank of Ukraine (NBU). It is reported FinСlub.

The question KyivPost about wondering whether Lavrenchuk become the new head of the NBU after Valeria Gontareva resigns may 10, he replied: “the Answer is “Yes”, when the time comes”.

Lavrenchuk holds the position of Chairman of the Board Raiffeisen Bank Aval since 2005.