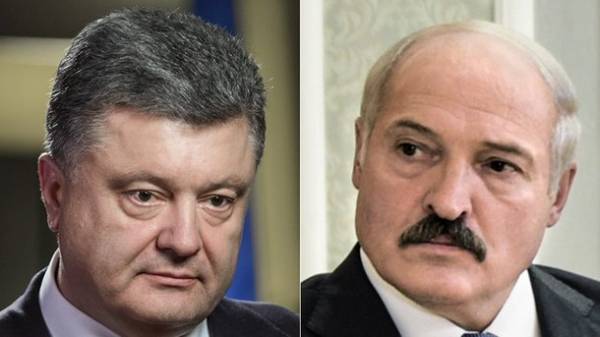 Security issues will prevail in the negotiations of the presidents of Ukraine and Belarus, which together today to commemorate those killed in the Chernobyl disaster, will visit a number of facilities at the Chernobyl nuclear power plant and hold talks on the territory of Belarus in the border villages. And the Russian-Belarusian military exercises “West-2017”, which will be held in September, will be an important theme in the package security issues. This opinion was expressed by first Deputy Director of the Institute of world policy Serhiy SOLODKY, commenting on the agenda of the negotiations of Petro Poroshenko with Alexander Lukashenko.

“Security issues, I think, will prevail in the negotiations. Traditionally, parties would have to discuss the topics of trade and economic cooperation. During the meeting, I am sure, will be closely monitored in Moscow – in fact the closest ally of Russia meets with the leader of a country that is in actual war with Russia. So even if Poroshenko and Lukashenko did not concern the security itself, the meeting is a kind of signal. I think the Russian-Belarusian military exercises (military exercises “Zapad-2017″, which will be held in September – Ed.) will be an important theme in the package security issues. Whatever may be said of Lukashenko, he remains at the formal level, the ally of Russia; Belarus dependent on Moscow in many respects. However, not the fact that Lukashenko and will give some guarantees Poroshenko. So I would not have evaluated this meeting in terms of trust or friendship by talking about the interests of both States is of interest relates to issues of survival, security”, – told the “Today” Sergey Solodkiy.

With regard to the significance of the meeting, according to experts, earlier the presidents of Belarus and Ukraine met to commemorate the victims of the disaster at Chernobyl. The first such meeting took place between Lukashenka and Kuchma in 1995, so they formed a kind of tradition, which from time to time broke off due to various reasons. One of the most controversial cases, as noted by Serhiy SOLODKY, occurred in 2011, when the Ukrainian side asked the Belarusian President to take part in events, because it allegedly wanted the then-President of the European Commission (Jose Barroso Manuel – Ed.). Then Lukashenko accused Yanukovych of “lice”.

“On the other hand, the meeting really has a lot of political characters. It shows the common problems, challenges that were faced and is still facing the two countries. Belarus is important as a kind of deterrent in the framework of alliances, where the Central role is played by Russia. For example, Minsk did not support trade countermeasures, which Russia initiated the Customs Union. It is clear that Belarus pursues a personal interest; clearly, in Kiev do not trust Belarusian partner – especially given the inconsistent position of Minsk on the conflict in Ukraine and Russia (in particular, with regard to the political line of Belarus in the UN). Therefore, many questions remain regarding the level of partnership between Ukraine and Belarus. Whether Minsk dare seriously to oppose Moscow in particularly critical situations to support Ukraine? How looks correct cooperation of Ukraine, which was on the path of democratization, European integration, and Belarus after the recent crackdown on protesters in Minsk, who condemned the EU and the USA?”, – concluded the Deputy Director of the Institute of world policy Serhiy SOLODKY.

We will remind, yesterday in a press-service of the Ukrainian President informed that Ukrainian President Petro Poroshenko will meet with his Belarusian counterpart Alexander Lukashenko on 26 April. “The heads of state together will honor the memory of victims of the Chernobyl disaster and will visit a number of facilities at the Chernobyl NPP”, – stated in the message of the presidential press service. According to the announcement, the two presidents will also hold talks on the territory of Belarus.

According to sources “Today” in Ukrainian dipkrugah, visit of Alexander Lukashenko to Ukraine for talks with Poroshenko was scheduled for late 2016. But at the initiative of the Ukrainian side it was postponed because of the attempts of Minsk to block the UN General Assembly vote on the resolution on Crimea. 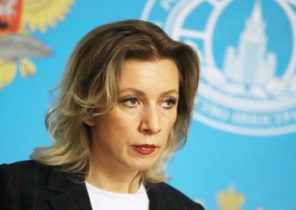