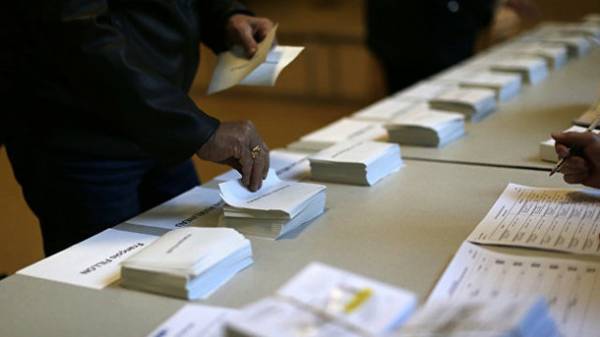 Over 66,5 thousand polling stations in the first round of presidential elections in France was opened at 08.00 local time (09.00 Kyiv time) in the French metropolis.

Most of the sites will close at 19.00 local time (20.00 on Kiev time). However, the law provides that the decision of the local authorities the opening time or the closing of polling stations may be shifted, the deadline for the close of polling – 20.00 (21.00 Kyiv time).

This year, in order to avoid leaks in social networks and foreign media, which may affect the completion of the voting, it was decided to move the time the polls closed for an hour only in large cities, they will work until eight in the evening. Thus, the experts will have less hours to have time to track the first results of counting of votes and to make a preliminary assessment of the outcome to the media.

According to the authorities, in ensure security in the election day will involve about 50 thousand employees of law enforcement bodies.

For the first time in the history of the Fifth Republic on the eve of the first round of elections four candidates have kept the real chances of an exit in “the ending”: the founder of the movement “Forward”, the representative of the political mainstream Emmanuel macron, the leader of the far-right National front, marine Le Pen, leader of the “Rebellious France,” policies are extremely left-wing Jean-Luc Mélenchon and the candidate of the center-right party “the Republicans” Francois Fillon. In the presidential race involving seven candidates.