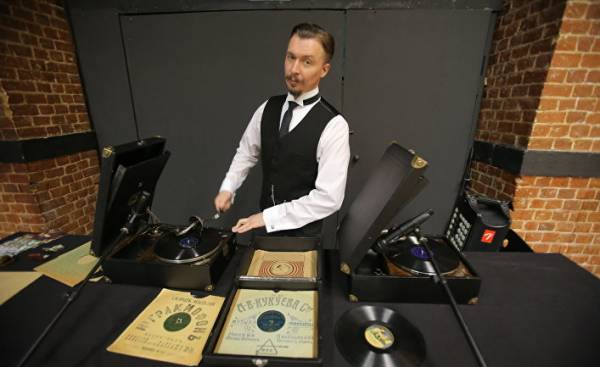 Although currently the music almost always and everywhere, in his opinion, the background music not having the same effective impact as singing, playing musical instruments or focused listening to music. At the end of the study Sarkane gives five tips on how to make music with the elderly suffering from memory impairment at an early stage.

“Music has on the brain same effect as medication,” says Sarkane.

Regular music sessions can reduce symptoms of diseases associated with memory impairment and also slow down the development of Alzheimer’s disease and dementia. With the help of music can effectively improve brain function after a violation of cerebral circulation, for example, after cerebral infarction.

“First of all, the use of music as a means of rehabilitation is more enjoyable and motivating for the patient than traditional methods of rehabilitation, and therefore result can be achieved more efficiently. In addition, music improves mood and reduces stress. Stress is reduced and also loved ones, dealing with a sick relative,” says Sarkane.

The study was conducted in 2004-2007 in cooperation with the Department of research of cognitive disorders of the brain at the University of Helsinki, interdisciplinary unit of the University of jyväskylä wishing to study the music and clinics of neurology and radiology. The thesis was reviewed in 2011.

Sarkane writes that the patients were divided into three groups. Patients of the first group listened daily to music they chose to your taste yourself. The second group listened to audio books. The third group did not provide any special material for listening.

In the beginning of the study all patients underwent neuropsychological examination, answered questions regarding their mood, it produced magnetic brain scans of patients and made magnetic encephalogram. The study was repeated after three and six months.

Research group Sarkane found that in the brain of the group members, listening to music, there have been more neuroplastic changes conducive to recovery. The ability to remember and concentrate recovered better than the participants in other two groups. They also experienced fewer symptoms of depression and distraction. “The changes were long-term, they can be observed and after six months,” — said Sarkane.

In a study conducted in 2009-2011 in Helsinki and Espoo, Sarkamo also studied the effects of regular exercise music on patients with dementia of mild to moderate severity.

In this study, patients were also divided into three groups. In the first group of patients suffering from memory disorder, regularly sang a song known to them together with the nurse or your loved ones. In the second group these same songs are regularly listened to and discussed the feelings and memories that they evoke. The third group took conventional treatment.

For participants in the study were followed for six months. The patients underwent neuropsychological examination at the beginning and end of the study and answered questions regarding their mood and quality of life.

The study showed that the groups that sang and listened to songs that cognitive function is preserved better. In addition, they suffered less from depression. Singing also had a positive impact on working memory, i.e. the memory area that processes information and actively uses it.

Sarkane notes that in those groups, where he studied singing, people also suffer less from stress and psychological strain than the other two groups.

Music awakened in patients suffering from diseases of memory, feelings and memories.

“Especially the songs which are sang in childhood or during important periods of life, awakened the feelings, touched and pleased,” concludes Sarkane.

According to Sarkamo, singing and listening to music especially markedly reduce the symptoms of memory diseases at an early stage. “Start to make music it is necessary already at the initial stage of the disease,” he said.

So you can start making music with older people:

1. Ask your loved ones what was their favorite songs in school or in youth.

2. Form a small collection of songs. Song can be found on Youtube or at the library. Spotify is also a convenient way to find and listen to music.

3. Choose a few relaxed songs that you can sing along with your loved ones when they Express concern. Select incendiary and fast music, which will give you energy when your family need to cheer up.

4. Discuss the song. Ask what sense is this song and what events it fits.

5. Find out if there’s a choir for older people, which can join your family member. Regularly happens at concerts. Can also arrange evening songs together with your loved ones and friends.