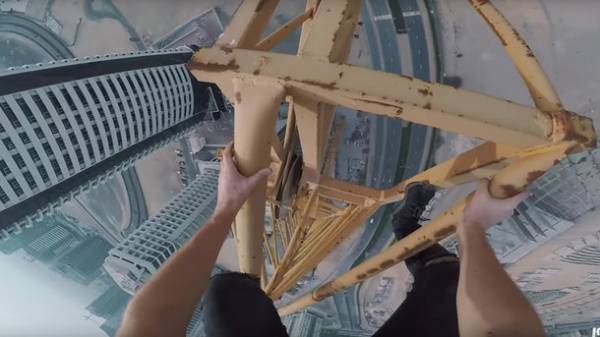 Dubai police arrested a British sportsman, for performing dangerous stunts on the construction site. This was reported by local newspaper “Gulf news”.

According to him, the 25-year-old James Kingston climbed up on a high crane on a building site, and then posted a video of the stunt on YouTube.

Law enforcement agencies detained and interrogated the young man. The police said that he had jeopardized his life and the lives of others, which could fall. A day later, the Briton was released, taking with him a receipt that he will no longer violate the laws of the country.

Earlier it was reported that extreme Uli Emanuele, which in 2014 in a wingsuit flying through a two-meter hole in the rock, died in Switzerland.