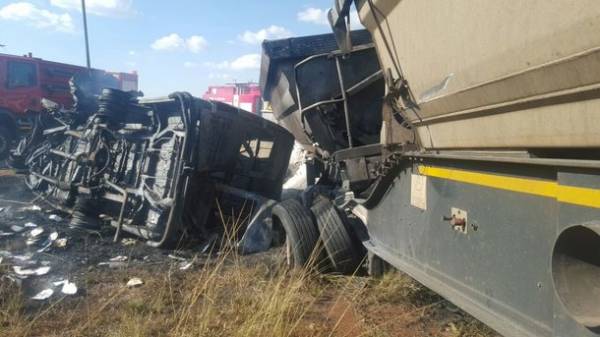 At least 20 children were killed in the collision of a minibus with a truck North of the capital Pretoria South Africa, reports the BBC.

It is reported that after the collision the minibus overturned on its side and caught fire. In the car were pupils of primary and secondary schools.

The photos published in social networks, it is clear that the car is almost completely burned.

The accident occurred on the highway between the towns of Bronkhorstspruit and Verena, 60 kilometers from Pretoria.