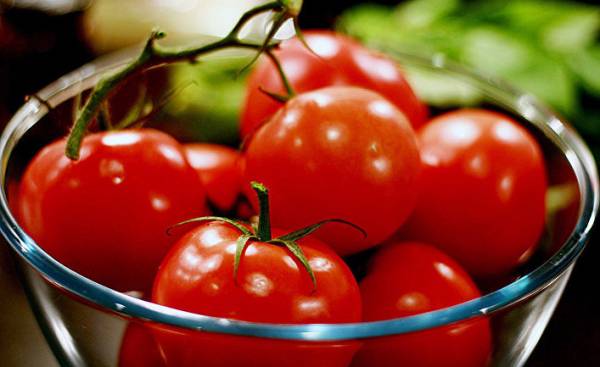 While between Turkey and Russia continue to tactical war around reciprocal trade in vegetables, fruits and grain, Israeli officials in connection with the rising price of tomatoes in Israel has made a decision on partial exemption of imports of Turkish tomatoes from customs duties. The logic of this decision, Israel is even impossible to compare with the illogic of the ban imposed by Russia against Turkish tomatoes. The Minister of agriculture of Russia Alexander Tkachev very exaggeratedly commented on the restrictions on sending certain types of Russian agricultural products to Turkey, saying it was a “stab in the back”, and drew attention to the fact that the Russian government does not intend to lift the ban imposed on Turkish tomatoes. Russian authorities inexplicably continue to insist on preventing the import of tomatoes from Turkey, claiming “the support of domestic producers”. But since this excuse does not seem convincing, the conflict persists.

If Russia has no plans to open its doors for Turkish tomatoes, and Turkey, apparently, will not include import “Russian wheat” in its agenda. While the Russian Minister said: “We did not expect this from Turkey,” in fact, Turkey also did not expect Russia to introduce such electoral fruit ban, because after overcoming the “airplane crisis” had hoped that relations with Russia will be better than before.

Yes, Turkey can find new markets for their tomatoes, and Russia — for its grain, but how logical such relations between the two neighbours? Moreover, all balances in trade between the two countries with a large preponderance in favor of Russia. In addition, while all of the topics and projects that are planned, again will be in the interests of Russia, which would make sense to use meaningless tomato ban, and insist on it? Pride and arrogance is hurting his master.

Turkey was paying for Russian wheat at an average $ 1.5 billion per year, while exports of tomatoes to Russia she received about $ 250 million. According to the Minister of food, agriculture and livestock Faruk Celik (Faruk Çelik), while Russia stubbornly refuses to directly buy tomatoes from Turkey, she gets Turkish tomatoes through other countries and pays a higher price. Why is this illogic? Even worse is that this inconsistency of Russia with a potentially negative impact on other relationships between the two countries.