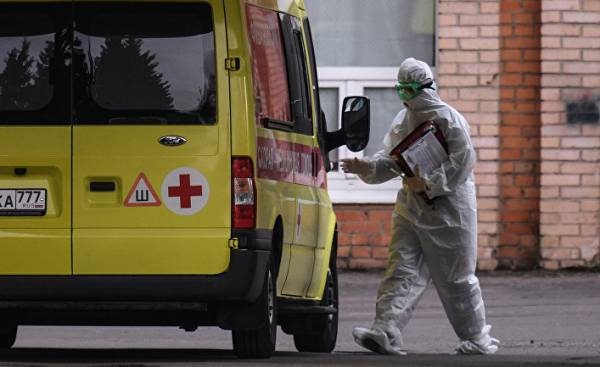 In Russia the Bastion of liberalism in this region pandemic exposes the weaknesses of the system and gives rise to trends, which can result in dangerous consequences for authoritarianism.

Illiberal leaders like Vladimir Putin in Russia and Viktor Orban in Hungary, hastened to take advantage of opportunities to consolidate his power, created by the epidemic Covid-19. Putin, for example, launched in Moscow advanced system digital surveillance, ostensibly in order to help authorities to track the infected and contain the spread of the virus. But such systems, including the advanced technology of facial recognition, can also help the government suppress dissent. Orban, in turn, received almost dictatorial powers, as long as no limited period, after a law allowing him not to look to Parliament and specific legislation.

Meanwhile, supporters of civil society in the first months of the pandemic brought many disappointments. West of the Supervisory organizations and think tanks are sounding the alarm about the fact that with the pandemic spreading and illiberal tendencies.

“Pandemic is itself an ordeal. We don’t need another dystopia,” wrote Rachel Denber, Deputy Director Europe and Central Asia of the international human rights organization “human rights watch”, in comments about attempts of the Russian authorities under the guise of combating coronavirus to expand the surveillance of the private lives of citizens.

At the same time, the London-based Royal Institute of international relations, in his comments pointed to growing concerns about the future of democracy, noting that the pandemic is aggravating Europe’s crisis of confidence in liberalism.

“Now there was a question about whether democracy can protect its citizens from pandemic diseases, — said in comments. — Even before the impact caused by the coronavirus, has been a lot of discussion about the crisis of liberal democracies. In particular, there were discussions as to whether the separation of liberalism and democracy, which, as was previously thought, go hand in hand.”

Although there is no doubt that the pandemic intensifies questions about the ability of liberalism to cope with crisis situations, the same applies to authoritarian models of governance in post-Communist States.

The preliminary achievements of the icons of illiberalism, especially Putin, mask trends that will challenge the authoritarian style of government and which the Kremlin will be very difficult to handle. Although nascent in Russia is unlikely to end a popular uprising like Euromaidan, the effects of a pandemic can greatly complicate Putin’s life, and in a very near future.

And given Russia’s position as innovator in the field of authoritarianism, the developments in that country will echo throughout the region and affect the trajectory of other authoritarian States.

The first bell for illiberal model rang in the end of April, when leading Russian media published reports of plans to significantly expand police powers, giving the police discretion to search and to enter a mode close to the regime of a state of emergency. The bill also proposes to significantly expand the list of situations in which employees may use firearms, giving them immunity from prosecution.

This news has caused an unprecedented wave of outrage, including a tsunami of negative comments on the Internet. For example, the post in “Yandex.News” on this occasion, collapsed tens of thousands of negative comments and reactions. Such a huge number of reviews, and especially reviews are extremely negative against the government is rare, if not unheard of phenomenon.

Earlier similar wave rose in response to reports of government imposed by “digital gaps” — electronic system that allows authorities to monitor the movements of citizens, and also to access other personal information of Russians.

As with other recent innovations, the government argued that the digital pass is needed to combat coronavirus. People’s reaction to such statements was openly sarcastic: representatives of the Russian internetagency in strong language to ridicule them as outright lies.

The author of the most popular review note on this subject in “Yandex.News” pointed to the fact that the authorities are simply trying to enter in Russia, the Chinese system of total surveillance: “Here’s an interesting quote from the article: “Earlier in the day, Moscow mayor Sergei Sobyanin proposed on the background of the pandemic coronavirus to spread the system throughput in all regions of the country. According to him, this would allow you to track the movement of citizens, not limiting it.” That last sentence is right “showdown”… Why You and they need to track the movement of citizens, not limiting it? What goal have You set for yourself? Not exactly the fight against coronavirus are, but simply digitizing the population, establish total control?!”

This review has also become one of the most popular on the website RIA “Novosti”, where the article under which it was published, collected 835 thousand reads, which is much more typical indicators for news material.

Note that in Russia very risky so openly speak out against the government, because there are laws permitting the prosecution of citizens in criminal proceedings for actions in social media, which can be perceived as disrespectful to the authorities. The fact that thousands of people openly demonstrate anti-government sentiment, indicates the growth of non-native discontent.

Outside of major cities, citizens are also openly obey authorities ‘ order to stay home. The most notable incident occurred on 20 April in the capital of North Ossetia in Vladikavkaz, where hundreds of protesters gathered in the city center to Express their grievances regarding government policies. The article on the website of “echo of Moscow” on this occasion was published under the title “Almost a riot”. The main reason for these expressions of disobedience is the growing discontent caused by the economic consequences of the pandemic, including increased unemployment, say local observers.

None of the recent events in itself is not a serious threat to Putinism, but if you look at them collectively, they indicate that the authorities have reason to fear what awaits them around the next bend.

Russians in their own words and actions, trying to limit exposure. Their message was clear: the Kremlin’s leaders that if they dream of suffocating to copy the Chinese system, they should think again. And if they still dare to move in this direction, it could turn against them.

In normal times, these manifestations of discontent, perhaps, it wouldn’t stop Putin, and he continued to push his initiative. But now is not normal times, and even a little push on a background filled with such uncertainty in the socio-economic situation can destroy the delicate balance: a rising wave of anger, anxiety, frustration and despair can overcome the fear of the revenge of the authorities and power of their propaganda machine — two fundamental elements of Putinism.