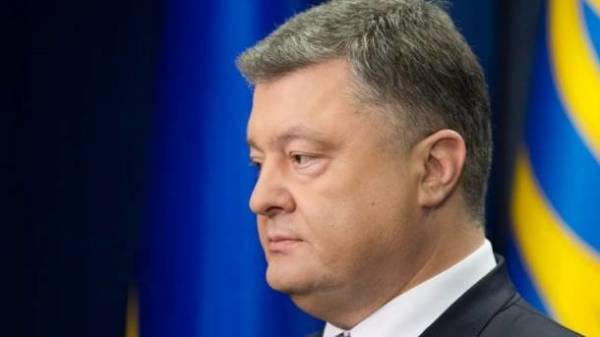 President Petro Poroshenko summoned for questioning by the Supreme administrative court of Ukraine on the suit of ex-Prosecutor General Viktor Shokina. About it reports “gromadske of TV”, which provides the relevant agenda.

It is noted that the court intends to question the President regarding the resignation from his earlier Shokin Prosecutor General.

“The Supreme administrative court summoned the former Prosecutor General of Ukraine Viktor Shokin and President Petro Poroshenko, Verkhovna Rada of Ukraine to participate in the court session on the case No. 800 / 98/17 at the suit of Shokin, Viktor Mikhailovich to the President of Ukraine about recognition illegal and cancellation of decisions on the restoration of administrative positions”, – stated in the agenda.

It is worth noting that the court may be the representative of the defendant, and not the President himself.

As reported, Shokin has filed a lawsuit in the Supreme administrative court of Ukraine about recognition illegal and cancellation of decisions on his dismissaland restoration of administrative positions. In the case stated that the plaintiff, Viktor Shokin, the defendants – the President of Ukraine Petro Poroshenko, the Verkhovna Rada (the representative of the defendant Nicholas Olefirenko).