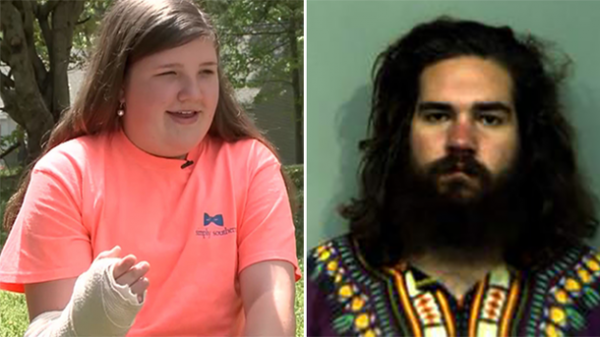 In the USA 12-year-old girl stopped the hijacker due to the ability to handle an automatic transmission. Maggie Weiler managed to prevent the offender to start the engine and steal the car with her and her seven year old sister in the cabin. This is with reference to the channel WTKR reports “Motor”.

The story took place in Virginia. Brandi Weiler in the day were lucky daughters to have a rest in the Park when suddenly right in front of the van accident. Mother stopped the car and went out to ask for any needed help. At this time the car was approached by the culprit, he opened the door and got behind the wheel.

21-year-old Paul Salesman mumbled something about having to leave. Who was in the cabin, Maggie Weiler, in her words, thought that the man was “crazy, who needs to leave the car.” She began to beat Salesman on the head with the hands and in the process broke his wrist.

At the same time she remembered that the car won’t start if the selector lever is in position “drive” and pulled the lever to the appropriate position. Salesman, has for some time tried to start the engine, but then gave up and went outside, where before the arrival of the police tried to steal two more cars.

The man was charged with driving under the influence of drugs and the attempted theft of the vehicle.