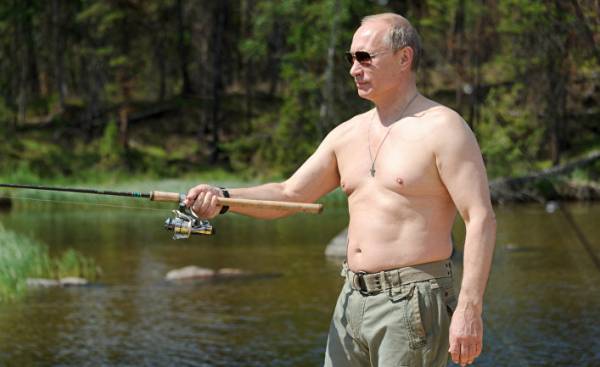 Vladimir Putin, who the Western press through the day bombarded with criticism, which Western countries continuously choose a target, supported by 84% of the Russian population. This figure is not only the product produced by the propaganda machine of the Russian state. Such independent international organization like Pew, is also show that popular support for Putin is at a very high level.

In research on the topic “If today were the elections” Putin’s support is not so high. But still there are such results as 55%, and this clearly shows who the majority of Russian people want to see the head of state.

Recently part of one of the most popular American radio programs “This American Life” was devoted to the question of why Putin is so fond of. Leading the program got a point of view different circles directly from Moscow.

Some believe that extremely high support for Putin due to the created atmosphere of fear. But it turns out that it has limited impact. Extensive popular support, which can be traced in the research truly reflects the mood of society.

News sources are not under the influence of the propaganda mechanism of the state and is able to give honest answers, give the following grounds, which like Putin.

— Under Putin, Russia in the full sense, reborn from the ashes. He revived great Russia.

— An economy that was in decline, has improved thanks to Putin.

After Yeltsin, who even at international meetings and acted openly drunk and became a source of public shame, Putin showed himself as a leader who is taken seriously to be reckoned with leaders around the world.

According to political observers, but Putin looks like “a politician who continuously has to decide which will improve the lives of people.”

— Up to Putin’s Russian had a disability; an increase in the services sector, for example, have been built parks, increased health services.

— Up to Putin’s people were so unhappy, they did not observe festivals, theatre halls were closed, because nobody could afford to go to the theater.

— In the first decade of Putin’s rule, the quality of living of Russians has increased. The Russians found a job and earned so much that they had the opportunity to visit restaurants, go on foreign resorts, and so on. In Russia first emerged middle class.

The dignity of the Russian

But the main thing that Putin has done is reminded about the Russian sense of dignity that they have long lost. The Russians were once again proud of their country.

When the journalist of “This American Life” asked the question: “Well, but surely Putin has no mistakes, sides, you don’t like”, — one of respondents said, “Net… Net… Net… No…”

Ain’t there no lessons that we all need to make?