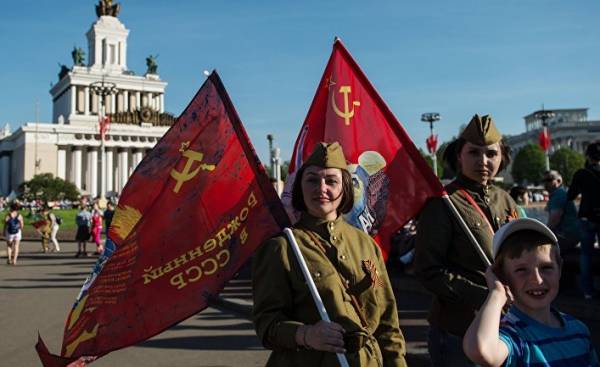 Lennart Arvidsson (Lennart Arvidsson) starts with the fact that expresses the suspicion that we — those who are against membership in NATO conspired and write their articles, trying to discredit cooperation with other Western countries. In the next sentence he denies.

Why do Lennart Arvidsson think that I am against cooperation with Western countries? We’re members of both the EU and the Nordic Council, and the UN and so on. I would just rather the bourgeois press attributed to the coordinated campaign for membership in NATO.

Lennart Arvidsson writes that I “write a lot about anything” and that I am an ardent follower of technology “canaccess”. Thus, he uses the reception of the technology itself, rather than to answer objective arguments!

But let’s move on to the topic. USA over the last hundred years has saved Europe at least three times, says Lennart Arvidsson. This is when?

The fact is that during the Second world war the Soviet Union lost 13.6 million soldiers and six million civilians (in addition to a million Jews who were murdered by the Germans). USA during the war in Europe lost 170 thousand soldiers, and Britain — 678 thousand (according to Wikipedia). Germany lost the war thanks to the sacrifices of the Soviet Union!

High time enlightened and at the expense of the US action, and then, after the war in Yugoslavia and the attacks on Afghanistan in 2001, and NATO. Stop looking at the world through the glasses of NATO and try to look at it from the point of view of Russia and others, realizing how looks this aggressive superpower with its constant bombing, drone attacks, and enormous expenditure on armaments.

The first NATO Secretary General Lord Ismay (Ismay), moreover, said that the organization’s goal was “to keep Russia on the outside, inside America, and Germany down”.

And about Russia, Jan Guillou (Jan Guillou) astutely wrote in Aftonbladet: “What Russia wins the war against the Baltic States, that is NATO, and Gotland? What she risks, is pretty obvious: a trade war against the EU, perhaps an armed conflict with NATO, the violation of oil and gas exports — a very large account that could lead to an economic crisis. But for what? For fun to face down daring the Baltic States? More territory, iron ore, and fir forest?”

I believe that Sweden, instead of trying to join NATO, must develop peaceful cooperation with all countries of the Baltic region. This applies to environmental activities, cultural exchange, common research activities and so on.

Finish to serve at the Beck and call of the USA and bet on peace, stress reduction and justice. A peaceful and friendly dialogue with Russia using the UN as an arena. Forget about NATO membership!