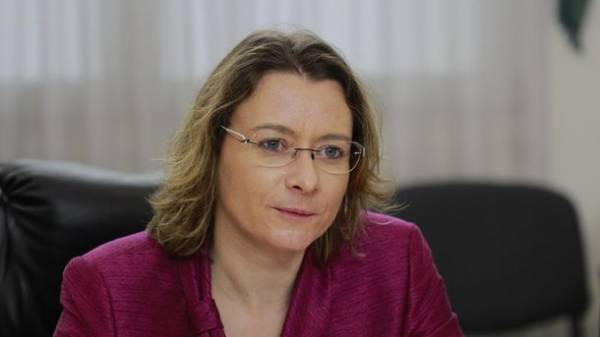 The Normandy format talks on the situation in the Donbass will continue after the presidential elections in France. About it today journalists were reported by the Ambassador of France in Ukraine Isabelle Dumont.

“As a nation, France is ready to support Ukraine out of this crisis. Now we see that the situation is politically inactive. In the Donbas losses continue, unfortunately, so we intend to continue to seek a way out… most Likely, Yes (“Norman format” will be saved. – Ed.). What was said (during a phone conversation leaders “channel four”. – Ed.) from Russia and Ukraine that the two countries want to continue this format. I can’t talk about the future government of France, but most likely, it will continue”, – she said.

We will remind, Dumont said that Russia is obliged to implement the decisions of the International court of justice in the Hague.