One of the biggest obstacles to granting Ukraine the next loan tranche from the International monetary Fund (IMF) is the Pension Fund deficit. This was stated by Minister of social policy Andrei Reva in the air “112 Ukraine”.

“In fact, the IMF does not require anything exorbitant. He’s not a charitable organization. It is us funds. But he must have guarantees that the money will return. And if so, he, as a lender, draws our attention to the problematic aspects of the system that we have. First of all, we are talking about the financial problems. Today the biggest financial problem is the deficit of the Pension Fund,” said Reva.

According to the Minister, for tranche Ukraine needs to reach agreement with the IMF.

“The lender makes its own proposals for addressing the problematic issues that he sees. Accordingly, we are in discussion on how we will solve this problem. If you do not want to our recommendations to listen, then please offer your. Convince us that your recommendations lead to the same goal in a different way. Therefore, we are now discussing. We say that the path that we have set for us is not proper. We believe that there is another possibility to reduce the Pension Fund deficit,” said Reva.

He already explained to Reva that pPensionny age in Ukraine will not raise, and all the recommendations of the IMF agreed during negotiations.

By the way, according to the head of the IMF Christine Lagarde, discuss the final technical issues of granting Ukraine the next tranche of macro-financial assistance can be expected within the next few days.

The Cabinet of Ministers of Ukraine expects that the size of the fourth tranche of the IMF under the program of expanded financing will amount to 1 billion U.S. dollars. 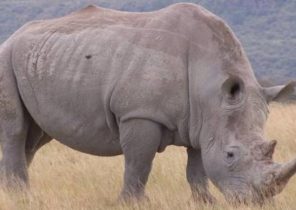 In the French zoo, poachers have killed a Rhino