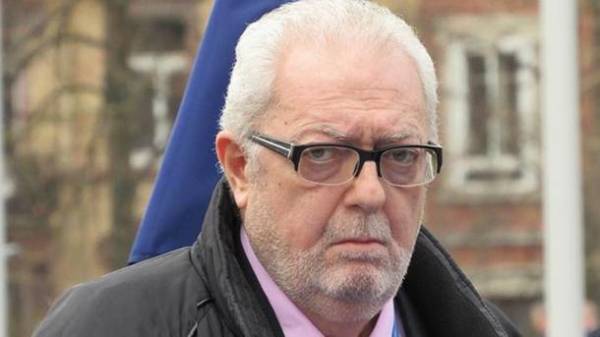 President of the parliamentary Assembly of the Council of Europe, Pedro Agramunt in his first statement after the PACE initiate his resignation, said that he became “a victim because of his desire for dialogue” and that the campaign against him was led by the Ukrainians.

This is stated in the statement of the PACE President, reports “European true”.

According to Agramunt, its position on Russia and Syria is the same as the President of France Emmanuel Makron. And his “mission” to Syria was motivated by only “approach of openness and peace.”

“The recent statements of the President of France Emmanuel Makron in Figaro and the Guardian show that his position on the Syrian crisis is no different from mine. Other leaders around the world also stated that it is necessary to bring to dialogue all parties, including the current Syrian government. All of these statements were welcomed by the international community, ” he said.

In his words, “some” members of the PACE just took advantage of circumstances to launch a campaign against him.

“This campaign is, of course, was conducted by the Ukrainian delegation, because of the national interests against Russia, as well as socialists and extreme left political and therefore partisan reasons, in particular, for simple pleasures, to destroy the President from the party of the EPP,” said Agramunt.

“Politically, the Ukrainian deputies with their simplistic slogans, but also the socialists and the extreme left with its hidden program, saw a perfect opportunity to attack me, after my initiatives to dialogue, to weaken me and to settle scores,” said he.

In his statement, the President of the parliamentary Assembly of the Council of Europe, Pedro Agramunt also said that the PACE adopted new rules of procedure for his resignation are “illegal and unfair”.

Earlier it was reported that the President of the parliamentary Assembly of the Council of Europe, Pedro Agramunt is studying the possibility to appeal against the decision of PACE, which opened the way for his resignation, and has already begun to take steps for this.

After that the PACE began formally to demand the resignation of Agramunt.

Devastating report: EU for the first time thinks about to end assistance to Ukraine