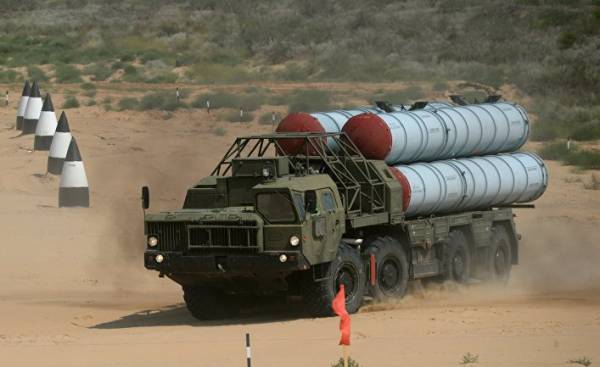 The question in the title can change everything so why Russia acted against the interests of the Serbian people? Today, the media reported that in the early 90-ies Russia has put the Croatian s-300, but not completely, but about 80% of the complex (usable?) to defeat the aircraft of SR Yugoslavia. If we assume that this information is true, you can find several factors as with the Serbian and Russian side explaining the situation.

First, the policy of Josip Broz Tito costly for Serbia as regards relations with Russia. Being an American satellite, the first Yugoslavia was criticized by the Soviet Union in 1956 in Hungary, 1968 in Czechoslovakia and in 1979 in Afghanistan. Let’s not forget that Yugoslavia was the first country to exit the socialist camp, and the last of the European States, who recognized the Soviet Union.

If to the above be added the fact that in the early 90-ies of Slobodan Milosevic sided with the coup, speaking out against the future President of Russia Boris Yeltsin, it becomes clear one of the reasons the Russian policy at that time.

Second, in the early 90-ies of Slobodan Milosevic was a man of America — until 1993, when the President took bill Clinton and, as he wrote Albright in his memoirs, “Milosevic has become a problem.” He’s never been able to predict the course of events. For example, Milosevic believed that NATO will not go to the aggression, so refused s-300 on the eve of the aggression, although the President of Belarus and offered these complexes. When during the aggression of Serbian delegation went to Minsk for talks about the s-300, it was too late. To deliver the complexes in the prevailing conditions was impossible. And the support of the coup, of course, demonstrates the folly of Milosevic.

The third reason follows from the previous two, and its Dostoevsky foresaw when he wrote about the Slavs. He noted that the Slavic tribes in the Balkans will always be to focus on Europe and slander on Russia to act against her, fawning over Europe. Dostoevsky wrote: “of Course, the minute some serious trouble they all will turn to Russia for help. Neither will they nenavistniki, gossip and slander us, Europe, flirting with her and assuring her of love, but to feel they will always instinctively (of course, in a moment of trouble, and not earlier) that Europe is the natural enemy of their unity, it was and will always remain, what if they exist in the world, of course, because there is a huge magnet — Russia, which, irresistibly drawing them all to himself those constrains their integrity and unity… Russia will get melancholy and care to reconcile them, warn them, and even, maybe, to bare for them a sword in the case”.

Dostoevsky had long anticipated the reasons for our, Serbian, misunderstanding Russia: relations with Europe and insincerity towards Russia. A policy of “non-aligned”, whose aim was the subjugation of the third world to American interests, and hence the opposition of the USSR and later support for the Milosevic coup and turn to Russia “in a moment of trouble,” when he was made the NATO aggression — all Dostoevsky foresaw.

With Russia need to be sincere and predictable, and honest attitude in contacts with others, especially with Europe. Then would not have happened so, that Russia is supplying our enemies weapons to use against us. Of course, Russia has its own interests, and it sells weapons to anyone who pays. The only question is, would Russia is against the Serbs today, had an open conflict.

Finally, speaking about interests, note that Russia today link their interests with the interests of the friendly peoples, because they learned from the events of 90 years. We have to consider the fact that at that time, after the collapse of the Soviet Union, Russia was dependent on the West. It was destroyed and economically enslaved by the state with another Communist regime, which was hostile to their own country, and to their former allies. Now all in the past, and Russia began to appreciate their historical allies, including Serbia. And from us she awaits only the sincerity and predictability in order not to repeat our historical mistakes.

As for Serbia, it depends on us whether we listen to the prophetic words of Dostoevsky and will remember them for their own purposes, because in the course of history they have repeatedly confirmed. Let’s get this title we are not surprised.