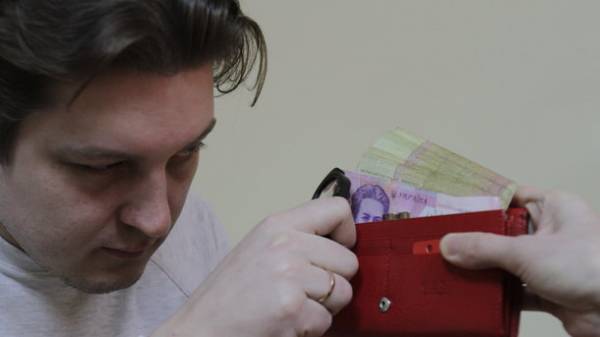 Ukrainian employees, the employers gradually, but still increase the official salary to the new minimum, effective from 1 January this year. But those who have white wages were above the minimum income not only raise, but sometimes and reduce. This is evidenced by studies of the labor market. Experts say that if the situation deteriorates in the economy, expect that leaving earnings in the shadow primarily in the service sector and cuts in bonuses and allowances to employees of state agencies.

RESEARCH. As reported to us by experts of the international HR portal hh.ua according to their research in February, only one in five Ukrainians said that his salary in 2017 has increased and the reason for this is the increase of the minimal salary. However, there are three workers out of four did not feel the growth in earnings. As you can see from the infographic among those at whom the salary has changed this year, 51 per cent increased salaries officially because of the minimal salary, 19% — to a new low raised only official rate and the rest pay in the envelope. That is officially such employee began to pay not UAH 1600, and 3200, but the informal part of the cut on 1500-1600 UAH. And 25% earnings decreased due to the fact that the salary Fund redistributed in favor of low-paid. According to HR expert portal rabota.ua Tatyana Pushkinoj, it affected primarily the public sector who have had different allowances for the intensity of labor, alignment, etc. — officials, doctors, cultural workers. “Now, for example, a nurse in the hospital gets RS 3200 instead of 1600, and the doctor UAH 4000 instead of 5000 as it removed the surcharge, and it’s hardly fair,” says Pashkina. 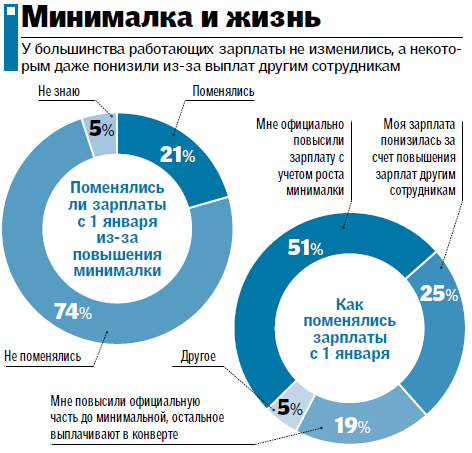 HOW TO PAY. The highest percentage (94%) receiving the official white salary concentrated in the public sector. Employment in this field can expect a wage increase automatically after increasing the rate of the wage grid for state employees. “Half of employees in the energy sector and heavy industry receive the official salary and can expect not only a pay increase as a result of growth of the minimal salary, but also to protect their labour rights. 28% of the employees here are not formalized, while getting industrial injuries are counting on financial aid, relying solely on the conscience of the employer,” says the head of expert-analytical center “HeadHunter Ukraine” Kateryna Mashchenko. Most of the black and grey money from it people and lawyers here working informally is 53% and 60% of specialists, respectively. At the same time Pashkina was noted that he had not investigated the market situation of retail trade and hotel and restaurant services: “These areas are most tonizirovanie and certainly would spoil the relatively good statistics on the increase mentorplace half working”. By the way, according to state Statistics, the wages are below 3200 received in 2016, 48% of employees, but it takes into account only those who are officially appointed full time. 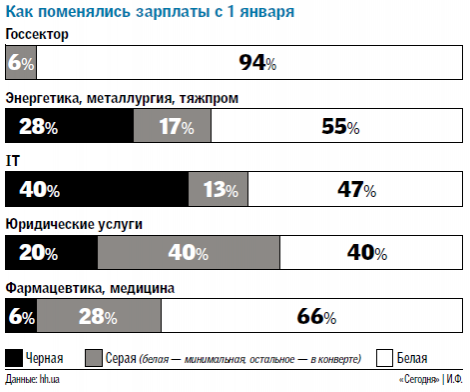 FORECASTS. According to Pushkinoj, further de-shadowing and higher wages will depend on the state of the economy: “If it turns out that at least 3200 does not cut business the roots, the increase in white wages will continue. The expected surge in the summer due to the increase in seasonal jobs.” And economist Alexander Okhrimenko noted that, according to state Statistics, the average nominal salary increased from the beginning of the year at 16% (950 UAH). “The main contribution to earnings growth gave deshadowing, now 56% of workers receive minzarplatu, that is, the mass evasion of employers by increasing the minimum payout is not observed”.