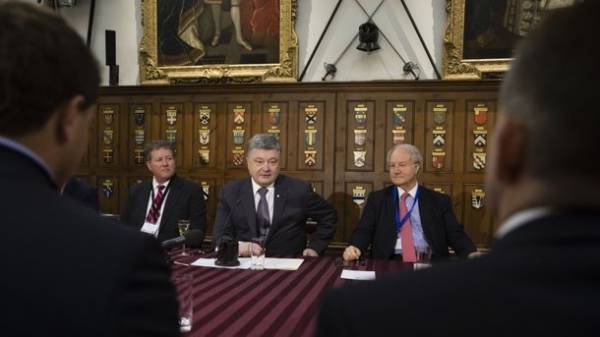 The Ukrainian head of state told about the implementation of reforms in Ukraine for the past three years and the main results achieved to date. Considerable attention was paid to creation of investment climate, judicial reform, combat corruption, reform the banking and energy sectors. The President also announced the launch from the beginning of April 2017 electronic public register of VAT refunds.

The President stressed that he believes in a promising future of trade and investment of the Ukrainian-British partnership. According to him, the UK has become one of the largest foreign investors in Ukraine with more than $2 billion, creating tens of thousands of jobs. The head of state noted the successful cooperation between the Ukrainian enterprise “Antonov” and the British company “Dowty Propellers” in the design of transport aircraft An-132D.

The President also welcomed the interest of British companies in Ukraine, in particular, the international company Unilever, which opened a tea factory in the Kiev region, and international companies Hutchison Ports, which plans in the short term to enter the market of domestic container shipping. “The success of these projects in our country will definitely be a good example for other investors, as well as an important signal of confidence in Ukrainian reforms”, – said Poroshenko.

“The President invited British businessmen to invest in Ukraine”, – stated in the message. 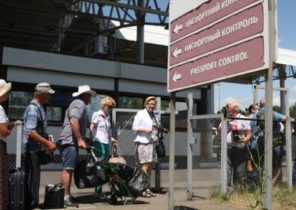