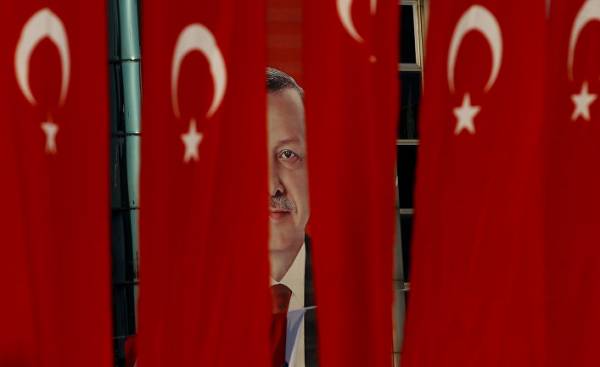 Can we expect some important changes in the sphere of foreign policy in the new period in which Turkey came after the constitutional referendum?

The events that took place during the campaign in preparation for the plebiscite, and speech created the belief that in this direction there might occur some events.

Along with the fact that the main subject of the referendum are constitutional amendments related to the transition to a presidential system, in a campaign for its preparation, and crept into some foreign policy problems.

First of all, it is relations with Europe. Position demonstrated by some European countries, primarily Germany and the Netherlands have prevented the visit of the Turkish Ministers, who wanted to appeal to the Turkish Diaspora in connection with the referendum, caused a sharp reaction from Ankara. The fact that this crisis affected areas, which held rallies, gave rise to serious accusations and created tensions poisoning relations.

And now in a new period of Ankara will retain the same sharpness of his position, manner, or prefer a softer and more conciliatory tone in the rhetoric and actions?

It can be expected that President Erdogan emerged victorious from the referendum, and the leadership of the Party of justice and development use it your advantage in the direction of normalizing relations. But so far no sign of it there.

Whether in the new period to come a speech about the termination of the negotiation process with the EU, the interruption of “political and administrative relations” with the Union, as mentioned by the President, and only the continuation of the economic ties?

This decision is a symptom of a fundamental change in Turkish foreign policy. Before you make decisions, it would be helpful to more rationally relate to the words that made a lot of noise in the squares.

All that has been said about the death penalty, must also be considered within this framework. Whether it actually made a promise that President Erdogan once again made the night of the celebration of the victory in the referendum? The implementation of this solution will imply that the Turkish leadership has gone on the risk of separation from the Council of Europe and the EU…

Undoubtedly, the subject of interest is the question of what changes after the referendum will occur in the relations of the Turkish leadership with the United States and the policy of Ankara in Syria and Iraq. On these issues during the campaign for the referendum preparations were made creating dramatic tension attacks.

Now in the new period required careful diplomacy that will leave behind these problems and tensions.