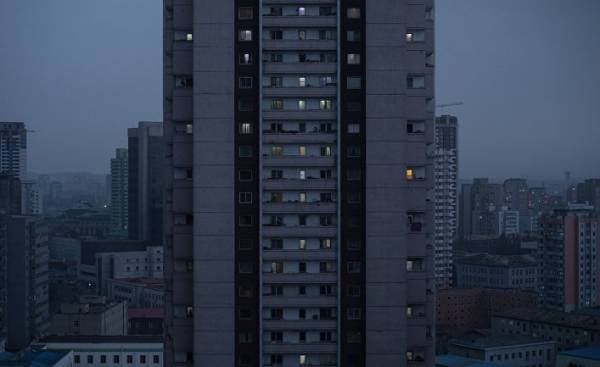 The correspondent of Yle in Asia Makelainen Mika (Mika Mäkeläinen) was found in Planjane with the locals. According to them, the US probably attacked North Korea, but nuclear weapons protect the country.

At the moment Mika Makelainen is in Pyongyang as part of an international group of journalists.

Tensions between the US and North Korea increased when North Korean leader Kim Jong UN said in the beginning of the year that the country plans to soon conduct tests of Intercontinental missiles.

The testing of nuclear weapons will be held this weekend, as April 15 will mark the 105th anniversary of Kim Il sung, the founder of the country. The United States placed close to a North Korean aircraft carrier and declared that can, if necessary, to intervene because North Korea is a greater threat to the world.

“Here we are calmly preparing for the main event of the year, the anniversary of Kim Il sung”.

Makelainen participated in the event, where he saw the current country’s leader, Kim Than the UN. The event celebrated the implementation of a large construction project in Pyongyang built a new street, along which there are residential towers. Attended by tens of thousands of people.

“I asked some of them the opinion about a tense relationship between North Korea and the United States. They said the attack from the US I believe it is possible, but at the same time they care nothing about it because North Korea has nuclear weapons.”

“One official said that if the US would do something — even if they will cause a missile attack, then North Korea will be able to answer a full-scale war.”

Makelainen, however, said that signs of preparations for war there, the atmosphere is very relaxed.

“I guess these comments are mostly “politically correct” response in this situation. Such military rhetoric sounded here all the time before,” recalls Makelainen.