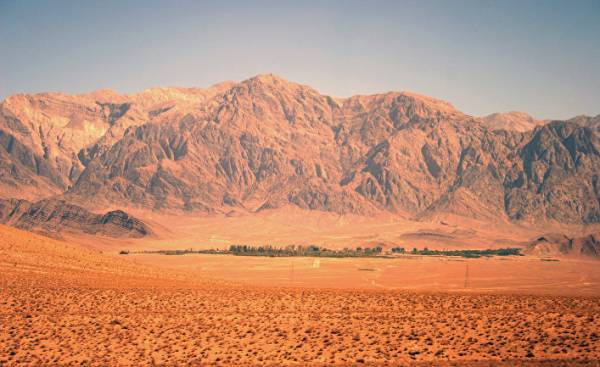 The famine in Isfahan was described by one Englishman by the name of S. John. Kirsten (Kirsten S. G.) in a letter dated 24th April, 1918, and addressed to one of his relatives in the UK. Here is what he wrote: “I am very sorry to describe what is happening now in Isfahan. There is a terrible cost. Every day die from hunger a lot of the locals, Iranians. When every morning I go out on the street, here and there I see dead bodies lying directly on the roadway. Many cook the flour directly from the bones and eat, many eat the carrion and die. However, so far hunger is not dead nor an Armenian, because they have relatives in India who send them money and help. But if this famine will continue for several months, and of the Armenians, of course, no one will be left alive. One charvar (approximately 300 kg approx. TRANS.) of wheat costs 200 tomans, whereas previously the same amount was hardly worth more than 15 of the mists; a liter of oil which used to cost 15 herenow (this is the old Iran coin 1 Rial is equivalent to approx. TRANS.), now worth 7 tomans a kilo of meat, which before could be bought for 8 herenow, now worth 32 Geran”.

The famine and related diseases in Fars province were also terrifying proportions. Losses among the population in the city of Shiraz was appalling. Here is what another witness, Mohammad Ali Jamal-Zadeh: “the First world war was almost over (by the autumn of 1918). One dark and gloomy autumn night three dreadful and terrible traveler, each of whom was armed with a sword and a whip, quietly passed through the city walls and entered the city. One traveler called the Hunger, the other “Spanish flu”, the third cholera. Their attack was ruthless, and from their hands, like leaves in autumn, fell the lot of the poor, the elderly and children. Food left, and people had to eat everything that you eat or even just chew the whole urban animals or even clothing. Soon the city was impossible to find any cats, dogs or crows. Even the mouse died out whole flocks. Leaves, grass and roots, too, like bread or meat, were going to eat. At each corner was lying the dead, which had not been removed. Some time passed, and people began to eat carrion. From time to time the bodies were collected, piled on carts and taken outside the city. There they were stacked in pits and covered with earth. All markets, shops were empty or closed, it was impossible to find a doctor, no doctor, no medicines, no drugs”.

What is described Jamal-Zadeh, confirm records of Percy Sykes. He notes that only in one Oct 1918 died a fifth of the population of Shiraz. He describes the events: “the War with cascinali (this warlike tribes living in Eastern and Central Iran — approx. transl.) hardly could be considered won. After all, the winners and losers in equal measure was struck and died from a horrible epidemic, “Spanish flu,” which, as it seems, the worst incidence in the Fars province. Disease wiped out a fifth of the population, and then to the same extent embraced the city of Shiraz and Firuzabad”.

He cites the following data: “Shiraz with a population of 50 thousand were missing 10 thousand people. It is a shame to write about it, but the local Iranian officials even speculated on the shrouds. We were extremely busy and only care about their own people, and was not able to do anything for the residents of the city. Residents by the hundreds in grief and despair, falling and again rising, trailed in the mosque, there to die. But our losses were also noticeable. More than 60 people from our people, including the British and Hindus, have become victims of infectious diseases. This was the largest our loss of this kind. Our team barely got away from these disasters. When we after his recovery, came to visit him, he in one sentence in French described what was happening: “Extinct half of Shiraz.”

Sykes, outlining what has been shown above, after only one page suggests that the epidemic of “Spanish flu”, which was circulated among British troops allegedly differed from that which was distributed to local residents. It also contradicts itself and says that the percentage of deaths among the English was “insignificant” figure of 2 %; infection, “Spanish flu” spread among the British soldiers in early October, but this “other” type of infection were not so infectious, and so the number of deaths from it amounted to only 2 %, whereas in Shiraz is 18 %. Those who were sick, was very weakened by illness and could not perform heavy lifting up to a full recovery. The scale of mortality outside the city were much higher. And it also reduced the possible risk of the opposition (meaning the performances of the tribes against the Central government against the English — approx. transl.).

But it so happened that another area of the spread of “Spanish flu” was the city of Qazvin, where in October 1918, too, was concentrated the headquarters of the British troops. Not a coincidence, isn’t it?

Obviously, the so-called “explanation” Sykes in a relatively small number of losses from infections and diseases among the English — recall, he attributed this to the fact that the infection among the British allegedly differed from the infection that hit the Iranians — are completely unfounded. In fact, the higher mortality rate among Iranians is that the victims were weakened by malnutrition, while the English troops were well supplied with food. And so of cases among the Persians could not fight for her life, and she quickly left the weakened body. The 10 thousand dead allegedly from the “Spanish flu” actually died from hunger. So if a fifth of the population of the Farce within a month left this world, it does not belong to the category of some “amazing” and “inexplicable facts”. About half of Iran’s population starving in the period from 1917 to 1919 years.

But the incident with the mass famine and epidemics in Fars province — a very special case, because it is impossible to claim that he is associated with the presence of Russian or Ottoman Turkish troops. At that time the South-Western part of Iran was occupied by British troops who occupied this area in November 1914. Fars province was occupied at the beginning of 1916, and among the occupants was not a single Russian or Turkish soldier. They were all British.

On the situation of Iran in that period

In October, 1918, captain Frank Frazier, representative of us military intelligence, acting postal censor in Seattle, Washington. He led a direct correspondence with the chief of military intelligence. In a letter dated 15 October, he wrote: “I in addition to the letter forwarding the report, which was prepared by Mr. S. S. Bachelder (C. C. Bachelder), the representative of the military trade mission to the censorship Committee about the current situation in Iran. The report, which also will be considered a command prepared on the basis of an exchange of letters between the censorship committees of Seattle and San Francisco.”

The name of the report is: “Report on the current situation in Iran, based on the correspondence intercepted by the censorship offices in Seattle and San Francisco.” The report is very extensive and interesting. It says: “the Correspondence, seen by the censorship, shows that anti-British sentiments (Iran —approx. transl.) extremely strong, and the German propaganda is a great success. A large part of Northern Iran friendly set against Germany. Rumor has it that in the case that there will be a supply and receiving the command, many would be willing to participate in the war. There are supporters of Germany and in Afghanistan. The Tatars and the population of Turkestan (part of Russian Turkestan — approx. transl.) loyal to Germany and the Ottoman Empire.

One of the journalists even suggested that the Germans can mobilize at least a million people in the Caucasus and Northern Iran. And although we can not say that they are very good fighters, they can still create serious trouble for the British in southern Iran and Mesopotamia. Muslims, as a result of active activities of Germans among them are in the belief that the German weapons are invincible.

The North-West part of Iran are ready to go for hostile forces, and it seems that the current economic condition of the entire country like what has now emerged in Russia. A significant part of the country is mountainous and desert space, much of the rainfall is insufficient and irregular. Due to the primitive methods of agriculture crop barely covers the daily needs of the local population. Road condition is very bad, and not enough vehicles. Even and for that reason from time to time in different parts of this country it happens hunger: roads are bad and transport is not always enough. Therefore, whenever ordinary life suddenly deteriorates, it affects the life of the whole country in General.
Over the past two years, precipitation was extremely small, and yields were poor. Besides the troops of the Ottoman Turks, Russia and Britain systematically arranged raids to seize large amounts of food for its personnel and livestock. In some areas, was a very ordinary robbery, and as a result much of the food supplies were stolen. In addition, the import of goods from Russia through the Caspian sea, and from Europe and India via the Persian Gulf because of the war virtually ceased. As a result, significantly increased the prices of imported goods. Even more aggravated the situation and the fact that the landowners and merchants not only stopped the supply of food to the market, but still bought and hid all stocks of grain and food, which fell into their hands. As usually happens in such circumstances, the high cost forced the poor to sell all their meager reserves of grain and food. Ultimately, after several months, the situation for them was disastrous. This situation prevails in other Eastern countries, who are deprived of “decent management”. In some parts of the country the city is fairly well supplied, but the poor still go hungry because they do not have money to buy food. Unlikely until the next harvest and before the new agricultural season the level of welfare will rise. Has increased dramatically and the incidence of disease, many sick with typhus. Typhoid and cholera prevail everywhere.”

This article was prepared by Kayhan news service 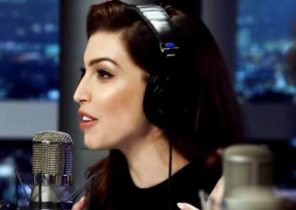