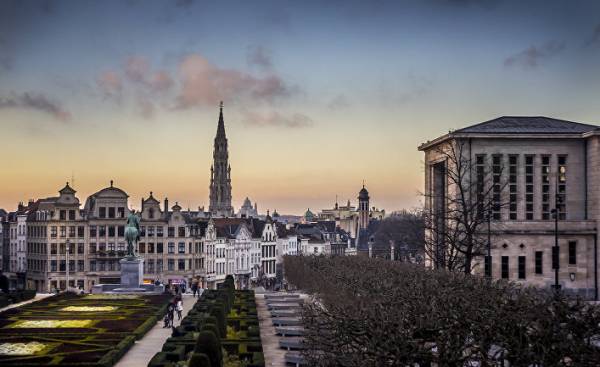 Europe is often seen as a digital outsider, which lags far behind the U.S. and Asia, opening new horizons. But appearances are deceiving. In reality, according to new research by London venture capital firm Atomico, European startups are now beginning to lead in areas such as artificial intelligence, the creation of new technology hub, attracting investment from the traditional giants of the industry. Last year in the European tech sector invested a record $13.6 billion, compared to just $2.8 billion in 2011.

Gone are the days when European “techno” sector consisted mainly of consumer-oriented businesses, e-Commerce, which often was a blatant copy of the successful American businesses. Today Europe is home to real cutting-edge innovation. Among them are projects that Atomico calls “deep” (deep tech) that is similar to artificial intelligence, over which runs the company DeepMind, which is owned by Google. In 2015 the sector of deep technologies had $1.3 billion European venture capital investments which was granted 82 tranches. This is much more than $289 million provided by the 55 tranches in 2011.

The new techno-hub of Europe appear in unexpected places, far beyond the initial technology centres — London, Berlin and Stockholm. Atomico calls Paris, Munich, Zurich and Copenhagen, cities which are worth to watch in the coming years. The French capital, as stressed by Atomico, already beginning to compete with London and Berlin in the number and size of deals funded by venture capital.

Foreign companies are also reluctant to use the advantages of technological talents of Europe. Google, Facebook and Amazon announced a significant expansion of its techno-hubs in Europe. Last year in this sector were mergers and acquisitions worth more than $88 billion (in 2014 this amounted to just $3.3 billion). This includes the purchase of Japanese SoftBank, the British company developing semiconductors and ARM buying American Qualcomm NXP Semiconductors for $47 billion.

According to a study conducted by the Boston Consulting Group, a small, export-oriented EU countries, namely the Benelux countries, the Baltic States and Scandinavia are well above US in the ranking so-called “Internet intensity”, which measures the quality of IT-infrastructure and Internet access, as well as the degree of involvement of business, consumers and governments in activities related to the Internet.

These “digital leaders” generate about 8% of its GDP thanks to the Internet, compared with 5% in the “Big five” of Europe (Germany, France, Italy, Spain and the UK). According to forecasts, in the period 2015-2020 the process of digitalization in these countries will create 1.6-2.3 million more jobs than the same process would destroy them.

Of course, the European tech sector remain some weaknesses, in particular, he is still unable to create tech giants that can compete with the behemoths of Silicon valley. Now the European techno-entrepreneurs as easy to find funds for start-UPS, like their American counterparts, however, companies the USA is 14 times greater amounts of capital at later stages of business development. This funding gap could be addressed if the European pension funds have written to the advanced only 0.6% of capital under their management, to venture capital investments.

A further weakness is the absence of a genuine digital single market in Europe. In the United States or China’s techno-entrepreneurs have instant access to a huge market. And in Europe they still have to understand 28 different consumer markets and regulatory regimes.

The European Commission promised to create a digital single market two years ago. According to estimates, this should lead to GDP growth of the European Union on 415 billion euros ($448,5 billion) annually. However, Hosuk Lee-Makiyama and Philip Legrain of the Open Political Economy Network recently gave a tough assessment of the results achieved. In their view, the “digital single market” Europe is now a “chaotic set of outdated, corporatist, industrial counterproductive rules that favour consumers and producers, not small and large companies, non-digital start-UPS and traditional market participants, and finally put the company above the EU foreign”.

Instead the EU wants to regulate. For example, work is underway to ban companies to refuse online sales (except with the protection of copyright), as well as set different prices for goods and services depending on the client’s country of residence. On the horizon are other dangers, for example, the desire to start to regulate these rights of ownership, access, use.

Despite all these risks, the overall trend in the European technology sector is positive. It seems that the continent felt a fresh appetite for risk. According to Atomico, more than 85% of startups in Europe think that to start their own business is “culturally acceptable”. Add to this the excellent research talent (five of the ten best departments in the world of computer science is located in the EU), and boom European startups will begin to look quite stable.

In politics too there are reasons for optimism. Digital Europe’s leaders began to form a powerful force: 16 small EU countries — from Denmark to Ireland and Estonia, have created a protection group of the Internet. Together, these countries called on the EU to prohibit requirements for data localization.

At a time when the United States transferred to protectionist, isolationist and retrograde policy, Europe stands forward as an innovative, forward economic power. Would not it be ironic if (and this now seems quite possible) supposedly lagging the EU will ultimately turn into a leader, contribute to genuine economic potential of the Internet?