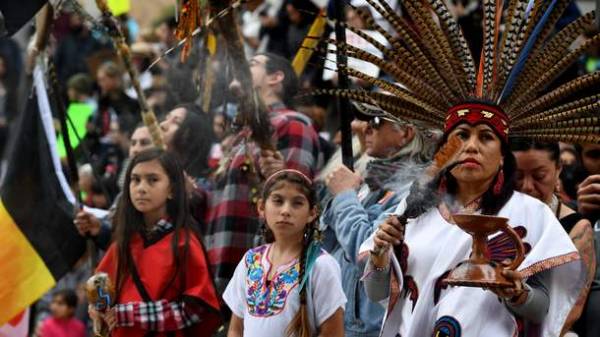 A Federal judge in the US dismissed the claim of two indigenous tribes in North America, which demanded to cancel the construction of the final phase of a controversial oil pipeline in North Dakota, writes the BBC.

The lawsuit was filed after the company engaged in the pipeline construction received a permit for the digging of a tunnel under the Oahu reservoir on the Missouri river.

The Indians of the Sioux nation claimed that the project will interfere with them to conduct religious rites at the reservoir, which, according to them, surrounded by the sacred land.

The representative of one of the tribes told reporters that the plaintiffs are disappointed with the court’s decision, but it is not a surprise to them.

The construction of the Dakota Access pipeline had been suspended in December last year because of numerous protests of inhabitants of Indian reservations.

U.S. authorities then declared readiness to develop alternative ways of laying the pipeline.

However, in late January, the President of the United States Donald trump has signed a decree on the resumption of the construction of the Keystone XL oil pipeline and Dakota Access.

7 February the us army reported to Congress that will allow the construction of the Dakota Access near the Indian reservation.

The pipeline project length in 1186 km, leading from North Dakota to Illinois, is estimated at 3.7 billion dollars.