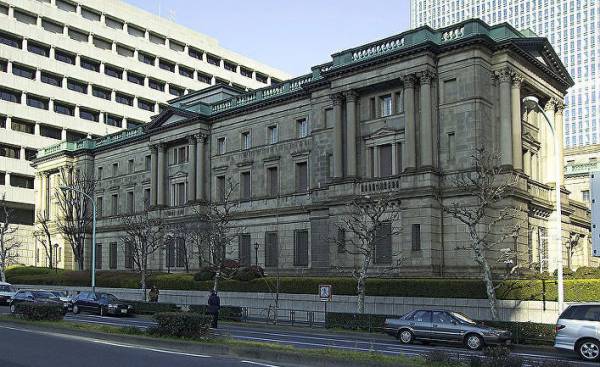 When, in September 2016, the Bank of Japan began to deal with the control of the yield curve, he thus produced a fundamental change in its quantitative and qualitative easing (QQE), but also significantly departed from its practice of easing, focused on volumes. However, by simultaneously underlining its intention to maintain and continue the pace of purchases of Japanese government bonds (JGB) worth about 80 trillion yen (18,27 billion) a year, the Bank of Japan contributed to the creation of confusion in the market. The resulting uncertainty could destabilize the Japanese stock and currency markets.

To control the yield curve is the maintenance of negative interest rate at minus 0.1%, and also targeting the 10-year yield around 0%. However, this should be done in response to market forces. The Bank of Japan should increase purchases of Japanese government bonds when there is strong upward pressure on longer-term securities and reduce the purchase when there is a downward pressure.

Therefore, the announcement by the Bank of Japan of its intention to continue purchasing Japanese government bonds in the amount of about 80 trillion yen against the concept of control of the yield curve, and the impression that the Bank of Japan does not want to increase purchases to protect the performance of 10-year bonds.

This, apparently, reflects concern the Bank of Japan about a negative market reaction. Perhaps he is concerned that the new framework will be seen as a step towards limiting or reducing the amount of purchased government bonds of Japan. From January 2016, the Bank of Japan has consistently emphasized its intention to expand monetary easing in three dimensions — quantitative, qualitative, and in the field of interest rates and believes such actions are necessary. He emphasized that he has room to grow given the fact that his possession is only 30% to 40% of the issued and maturing bonds.

In July 2016 the Bank of Japan expanded its monetary easing by increasing purchases of ETFs in the amount of approximately ¥ 6 trillion. This limited action may have disappointed the markets who were expecting something more daring, however, the Bank of Japan reported that he has a plan for the achievement of the 2 percent target for another meeting in September 2016.

Many market participants gradually came to believe that the control of the yield curve may allow more smoothly to move away from based on the number of quantitative and qualitative easing without causing frustration in the market. The interest rate of the Bank of Japan increased, and the yield curve went up at the end of 2016. Thus, it was not necessary to significantly change the interest rate until September.

For control of the yield curve the Bank of Japan abandoned its guidance as to what the purchase of Japanese government bonds must have an average maturity of 7 to 12 years. This caused a decrease in the purchase of Japanese bonds with long maturity, and the emphasis has shifted to bonds with shorter maturities. Such an increase in bending of the yield curve is, indeed, an actual tightening of monetary easing.

The new framework seems to have only a minor influence on stimulating aggregate demand and arising in connection with this inflation based on the growth in demand. In comparison with the first quarter of 2013, prior to the introduction of quantitative and qualitative easing, the real household consumption in the fourth quarter of 2016 was reduced. Fixed business investment rose, but their level is much lower cash flow and levels in the period before the global financial crisis. Corporate profits remain high, but sales are basically not increase. Markets and society are not confident that the stable inflation of about 2% appear in the near future.

Purchase Japanese government bonds at such a pace is unlikely for an extended period. This means that the Bank of Japan should buy government bonds from commercial banks and institutional investors, forcing them either to fill the gap between loans and deposits or between their assets and liabilities. Acquisition of a number of bonds with a shorter repayment period distorts the yield curve, since the biennial and triennial interest income remains in negative territory, these figures are even lower negative rate of minus 0.1 percent.

On the other hand, the Bank of Japan may face the necessity of acquiring a significant number of long-term Japanese government bonds, if again appear upward pressure from the United States and global resources. In this case, the Bank of Japan will quickly begin the process of reducing and erase all references to “80 trillion yen”.

The Bank of Japan has taken new steps this month and cut its purchases of Japanese government bonds with a maturity of two years and five years. At this rate, the annual volume of purchases of Japanese government bonds may fall below 80 trillion yen. An unexpected result of the presidential election in the United States allowed to devalue the yen and raise stock price in the stock market, however, it was accompanied by an increase in the likelihood that focused on short-term instruments, foreign investors will close their short positions on the yen and a long position on the stock.

None of these options can be launched by modifying the Bank of Japan’s existing framework. Ambitious communication strategy of the Bank of Japan may be tested this year in the face of growing uncertainty about the economic policy of the United States.

Sayuri Shirai is a Professor of Keio University; previously, she was part of the Board of Directors of the Bank of Japan. She is also the author of the book “Mission not completed: Reflate the Japanese economy” (Mission Incomplete: Reflating Japan’s Economy).