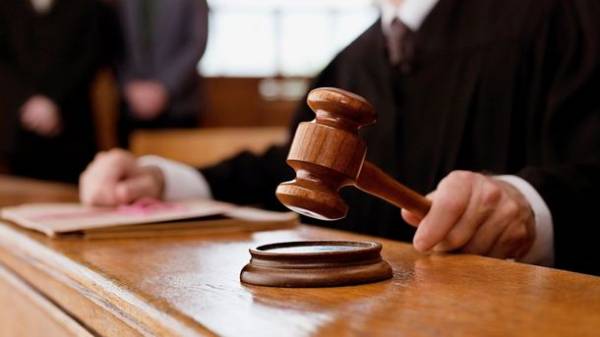 The high specialized court for civil and criminal cases has forbidden courts to use in its decisions, the names of the occupied territories “Donetsk people’s Republic” and “Luhansk people’s Republic”. This is stated in the information letter of VSSU courts of lower levels. It is noted that the courts were directed advice on the use of certain wording in establishing the fact of birth or death of persons in the temporarily occupied territory.

“The corresponding analysis revealed a different approach in the use of judicial decisions to the wording, reflecting the place of occurrence of facts of legal significance, in particular of the facts of birth and death. So, in some cases in violation of legislative approaches to the definition of the legal status of the temporarily occupied territories of Donetsk and Lugansk regions, in the operative part of judgments referred to the fact that the relevant fact (birth or death) took place in the settlements of the “Donetsk people’s Republic”. In this context it should be noted that this practice is unacceptable, because the fact of the existence of any so-called “Donetsk people’s Republic”, nor the so-called “Luhansk people’s Republic” not recognized by the Ukrainian authorities, and in some areas, cities, towns and villages of Donetsk and Lugansk regions introduced a special procedure for local self-government. They are recognized as temporarily occupied territories”, — stated in the document.

Higher specialized court of Ukraine obliged the courts to use the correct names and locations of settlements, for example, “city Amvrosievka amvrosievsky Donetsk region, Ukraine”.

“Consequently, the courts in responding to the statements on facts which have legal value and which took place in separate districts of Luhansk and Donetsk regions, which are recognized as temporarily occupied territories, in the operative part of the relevant decisions indicates the correct name of the localities, in which there were an established fact (village, town, city; district; area) subject to the requirements of the Constitution of Ukraine”, – stated in the message.

We will remind that earlier in the official register of civil cases of the Oktyabrskiy district court of Poltava “Donetsk people’s Republic,” designated as a foreign country, according to the usual pattern of business documents.

16 may 2014 the Prosecutor General’s office of Ukraine has recognized the self-proclaimed “republics” as terrorist organizations. The leaders of the “republics” wanted on terrorism charges.